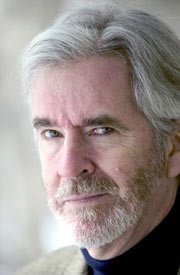 Radio Open Source, an online radio conversation hosted and produced by Christopher Lydon in partnership with Brown University and the Watson Institute, recently produced a two-hour podcast of selections from its latest long-running series, “Another Pakistan.”

Many are marking 11/11/11 today, with commemorations from the sublime (nuptials on this purportedly lucky date) to the serious (the armistice that ended the "war to end all wars" on the eleventh hour of the eleventh day of the eleventh month in 1918).  Project Z is seizing the moment to issue a serious-ish wake-up call in the face of a seeming incapacity to learn from a series of momentous global events.The trailer for a new documentary film, Project Z: The Final Global Event, is being released today in acknowledgement of a cascading series of related dates – from the 11/9 fall of the Berlin Wall, to the 9/11 attacks in the US, to the Arab Spring’s 2/11/11 removal of Egyptian President Hosni Mubarak from power. “If we don’t learn from these events, we’re headed for the final global event,” says head of the Global Media Project (GMP), James Der Derian, who is producing the film, directed by Phil Gara ’08, a first-time filmmaker coming out of the GMP.

Ongoing Costs of War Research Looks at 'The University at War'

More than eight years of US military engagement in Iraq has cost the nation’s universities billions of dollars in lost resources and decimated its academic ranks, according to the latest research released by the Watson-based Costs of War project. The research paper, “The University at War,” written by Hugh Gusterson, a professor of anthropology and sociology at George Mason University, has now been published online at costsofwar.org.

The Central Bank of the Eurozone (ECB) was compared to a whipping boy of 15th and 16th century Europe in a talk earlier this semester at the Institute by Daniela Gabor, senior lecturer at the University of the West of England's Bristol Business School. 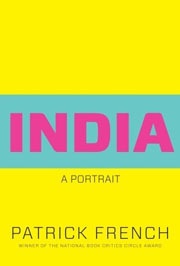 Author Patrick French gave a reading on campus in October of India: A Portrait, which humanizes India amid its rapid rise on the world stage using historical narrative, interviews, and first-hand accounts.

Melani Cammett, associate professor of political science and director of the Middle East Studies program at Brown University, recently examined the results of last month’s elections in Tunisia in an article for Middle East Channel, a news website published by Foreign Policy magazine. In the article, “The Limits of Anti-Islamism in Tunisia,” Cammett identifies key outcomes from Tunisia’s historic election on October 23 and explores the political, social, and cultural challenges the country must face in the future, including drafting a new constitution.

Brown alum Joe Posner '07 has launched a new video series on the Daily Beast called Op-Vid: Campaign 2012. "Op-Vid is a new platform that features writers, thinkers, and doers [tackling] the issues at the heart of the 2012 campaign. ... Opinion, without the pundits yelling. Handmade animation, without the caricatures. Essays, without the text. Complex topics, without the boring." Posner is also director of the Watson Institute's 2010 Austerity video featuring Institute political economist Mark Blyth.

Andreas Describes the Illicit Side of Globalization

Institute Professor Peter Andreas recently gave a talk on the illicit side of globalization to 40 university students from across Latin America, who were visiting Brown University as part of the Botín Scholars program. In recent decades, as the global legal economy has been deregulated, the global illicit economy has been reregulated, he told the students. “The legal economy has recently been defined by increasingly open borders, increasing liberalization of markets, and more open economies,” Andreas said. The opposite is true for what he calls illicit globalization, with increased criminalization, increased policing, and more border controls. “This doesn’t necessarily mean it works, but there’s a lot more activity and interest in regulating and prohibiting illicit border crossings,” Andreas explained. That said, “the border story is not a new story,” he added.

Ashutosh Varshney, the Sol Goldman Charitable Trust Professor of International Studies and the Social Sciences, continued to reflect on the anti-corruption movement in India on Sunday in the New York Times, which included his observation that “The countryside is where the vote is; the city is where the money is. Villages do have corruption, but the scale of corruption is vastly greater in cities.” In the midst of a “remarkable social movement” protesting corruption in India, it is the urban middle class, "a child of India’s rising prosperity," that has formed the base of the movement, Varshney wrote in an earlier op-ed piece in the Financial Times.

Michael D. Kennedy, professor of sociology and international studies at the Watson Institute, was recently quoted in the online English edition of Al-Masry Al-Youm, an Arabic-language daily newspaper in Egypt. In the article, “From Bringing down Ben Ali to Fixing up Wall Street,” Kennedy discussed Occupy Wall Street, its offshoots around the world, and various other ongoing protest movements. 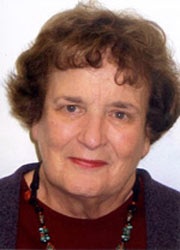 Watson Institute Senior Fellow Catherine McArdle Kelleher has been selected to attend the launch of the Women in Public Service Project and Colloquium in December 2011 at the US Department of State. December’s colloquium is expected to bring together women leaders from around the world. The inaugural event, featuring global policymakers, scholars, public officials, and innovative thinkers, will seek to create the foundation for training institutes that are replicable and sustainable around the globe as part of the Women in Public Service initiative.

This October, for the second year, top students from Latin America were on campus for the beginning of a multi-week program to strengthen their vocation for public service, under a collaborative program between Spain´s Fundación Marcelino Botín and Brown University.

As European Union leaders prepared for what was hoped to be a breakthrough summit on the EU financial crisis on Wednesday (and with the sudden cancellation of the finance ministers' actual preparatory meeting), Institute Faculty Fellow Mark Blyth was wondering aloud, on Bloomberg, “breakthrough or breakdown?” 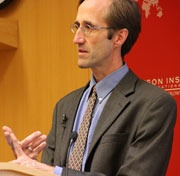 The Watson Institute is positioning itself at the center of key international debates on preserving human security and improving standards of living in the face of environmental changes already underway through its hosting of Ricardo Lagos, former President of Chile and UN Special Envoy for Climate Change, and by developing a cluster of student/faculty research on human security in a changing environment, under the leadership of the Center for Environmental Studies Director Timmons Roberts, the Ittleson Professor of Environmental Studies and Sociology, and Leah VanWey, associate professor of sociology. 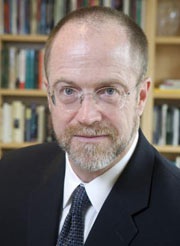 The recent sentencing of Orange Revolution leader and former Ukrainian Prime Minister Yulia Tymoshenko is cast in light of national and regional politics in an op-ed published this week by Michael D. Kennedy, professor of sociology and international studies at the Watson Institute. Titled “An Ex-premier’s Plight and the Future of Ukrainian Freedom and Democracy,” Kennedy’s commentary in the Providence Journal comes after Ukraine’s criminal justice system sentenced Tymoshenko to seven years in prison for exceeding her political authority in office during negotiations of a natural-gas deal with Russia. But Ukraine’s courts are widely seen to be politically controlled, Kennedy says, so that current Ukrainian President Viktor Yanukovych will actually be the “bigger loser” in the case. “He may have just lost the chance to recover his democratic reputation.” When the dust has settled, Ukraine itself “could very well be the biggest loser,” Kennedy says. He points to Yanukovych’s moves to strengthen trading ties with Russia while avoiding European Union pressures to reform as part of an EU integration process. 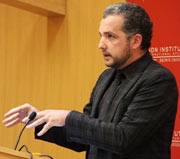 A panel of scholars came together at the Watson Institute this week to discuss the social and political aspects, along with the global implications, of the Greek debt crisis. For three hours, the panelists presented their individual research, discussed each other’s findings, and fielded questions from a packed audience at the Watson Institute’s Joukowsky Forum. Presenting a broader view, Institute Postdoctoral Fellow Cornel Ban declared that,“The Euro project has been systematically flawed. It’s a monetary union, without a fiscal union, which has reached its end.”

With over 30 independent states, the Americas are ethnically, politically, and economically diverse. Organization of American States Secretary General José Miguel Insulza explored the influence of this heterogeneity on inter-American relations, emphasizing the role of oppositions, at a recent conference at the Institute on Scholars, Practitioners, and Inter-American Affairs, co-hosted by the Center for Latin American and Caribbean Studies and the Watson Institute. “There are different gaps between scholars and practitioners, Latin American and United States academics, and then there’s the political gap… between the left, center-left, and conservatives,” he explained. Together, these contrasting positions have shaped the face of inter-American politics today. 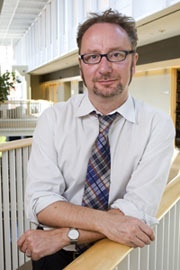 “We face another Lehman moment,” Institute Faculty Fellow Mark Blyth writes this month on the website of Deutsche Welle, Germany’s international broadcaster. “The sea is rising and the wall isn't high enough so it should be in the self-interest of the core banks to take precautions and raise more capital to withstand the flood – right? Haven't they learned anything from 2008?”

Lagos Offers Insights as an Academic in Political Life

Ricardo Lagos, former president of Chile and current professor-at-large at Brown University, offered insights and anecdotes from his experience as both an academic and a policymaker at the recent “Scholars, Practitioners, and Inter American Affairs” conference at the Institute. 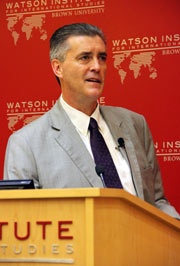 US Ambassador Paints More Positive Picture of Life in Afghanistan

“If one reads nothing but the headlines, it is easy to be pessimistic about Afghanistan,” Ambassador Richard Olson ’81, P’14, told an Institute audience earlier this month. “The challenges we face are real: in the security arena, in economic transition, and in reconciliation,” said Olson, who has been the coordinating director for development and economic affairs at the US Embassy in Kabul since June 2011. “But at the same time, there has been a substantial improvement in the lives of Afghans over the past decade.”