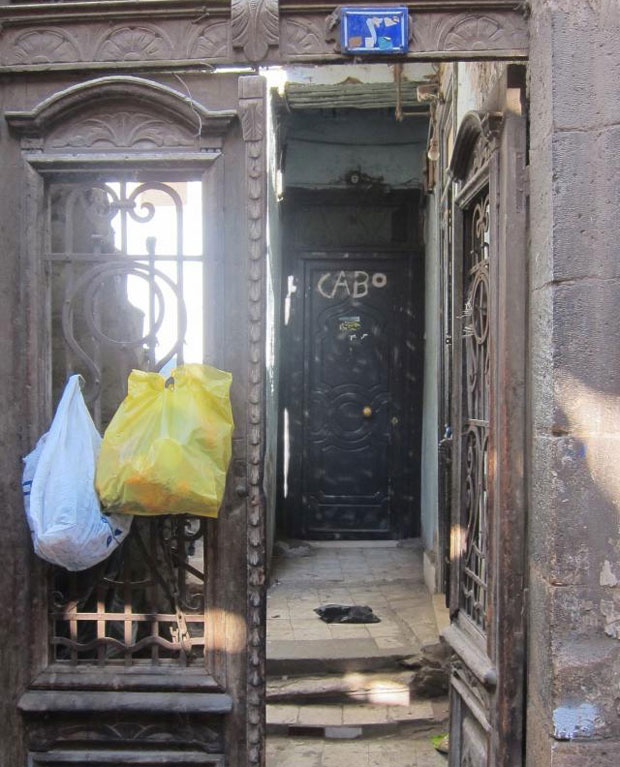 The fourth cohort of AT&T Media Fellows has begun posting videos, radio segments, photos, and essays from the Americas, Asia, Europe, and the Middle East on the Global Conversation. There, you can watch Nicholas Carter ‘11.5’s video (below) of street musicians and dancers in Colombia, listen to Brigitta Greene ’12’s radio reports on fracking, read Tala Worrell ‘14’s moving account of a visit to her grandfather’s childhood home in Egypt, and follow Kaori Ogawa ‘12’s conversation with Chinese immigrants in Paris, as well as Kai Herng Loh ‘14’s exploration of innovation as an engine of China’s future.

This year’s AT&T Winter Media Fellows are:
• Nicholas Carter ’11.5, an anthropology concentrator, is using his video camera to explore the expression of Afro-Colombian history and identity through street music in Colombia.
• Brigitta Greene ’12, a geology-biology concentrator, is producing radio segments on the controversy surrounding hydraulic fracturing, or “fracking,” and the Keystone XL pipeline proposed to connect Canada’s oil sands to refineries along the Gulf of Mexico.
• Kai Herng Loh ’14, an economics concentrator, is investigating the current state of innovation in China and the global implications as the country shifts towards a knowledge-based economy. He will produce a documentary based on research in Beijing.
• Kaori Ogawa ’12, a development studies concentrator, will produce a photo documentary on France’s recent immigration policy of assimilation by examining two Chinese-dominated neighborhoods in Paris.
• Tala Worrell ’14, a visual arts concentrator, is tracing the story of her late grandfather, a member of the Egyptian Muslim Brotherhood dedicated to resisting British colonialism, and will create a mini-documentary using his extensive archives alongside modern-day interviews to shed light on the recent revolution in Egypt.

The AT&T Media Fellowships support Brown students who are pursuing innovative international projects during the summer or winter break that address global politics, culture, and society – and who document their experiences with new media on the Global Conversation website. The fellowships and Global Conversation have been made possible through generous grants from the AT&T Foundation and AT&T Corp.

Applications are now being accepted for the summer 2012 AT&T Media Fellowships.