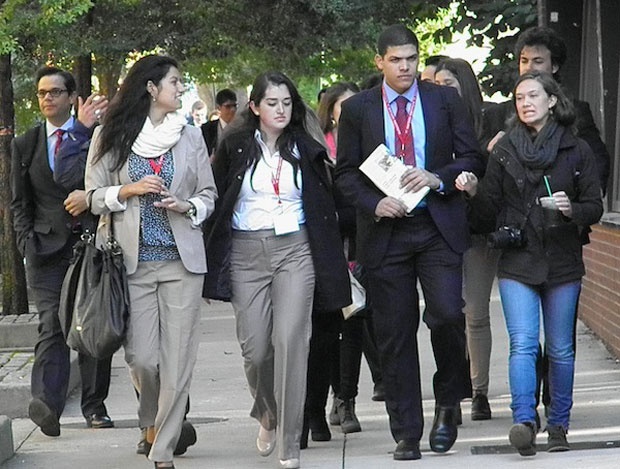 Lively discussion filled the lobby of the Watson Institute this morning as Botín Scholars mingled with politicians and scholars over coffee. Now in its third consecutive year, the program brings together 40 university students from eight Latin American countries and Puerto Rico who have high potential and a vocation for public service.

The intensive two-month program kicks off this week at Brown, with activities geared to public service and leadership, as well as workshops, seminars, and lectures by Brown faculty, the former presidents of Chile and the Dominican Republic, and other experts on Latin America. The students will spend the remainder of the program in Spain.

Since 2010 the Botín Foundation, headquartered in Santander, Cantabria, Spain, has supported the Program on Leadership, Liberal Arts and Public Service at Brown University. The program is managed by the Watson Institute and the Center for Latin American and Caribbean Studies.

Follow the Botín Scholars while they are at Brown on the Global Conversation.