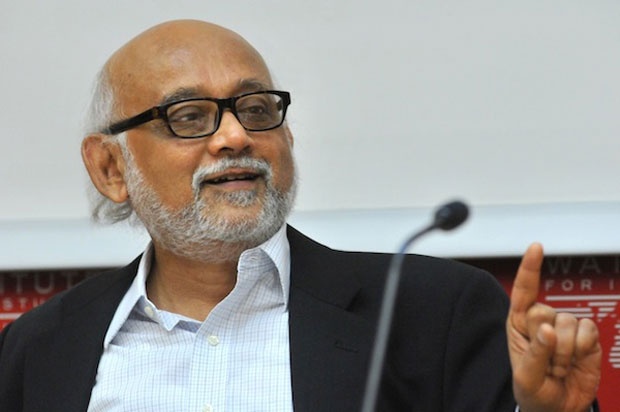 Renowned scholar of South Asia Partha Chatterjee led the opening session of the Fall 2012 Brown-India Seminar Series. In a talk titled "Soccer and Collective Identity in Colonial Calcutta," Chatterjee explored the racial and colonial discourses that played out between the segregated soccer teams of British India.

Chatterjee, who is professor of Anthropology at Columbia University, also offered his thoughts on nationalism and history in the US in an informal interview before the lecture. A written version of the conversation is available here.