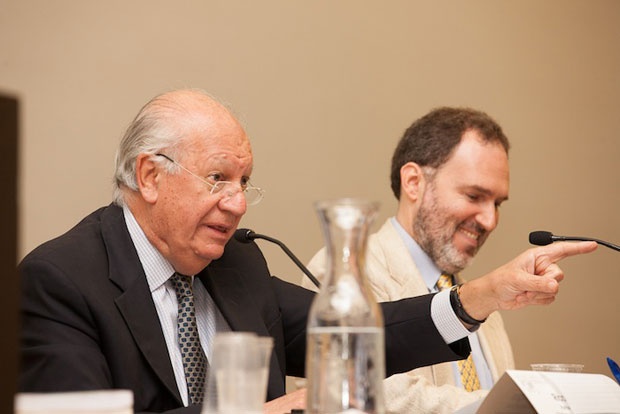 The former presidents' exchange was followed by two panel discussions featuring distinguished speakers including Lagos, Fernández, former Chilean Senator and Minister Sergio Bitar, and academics from several universities. The focus of the first panel was the project "Lessons from Leaders," which is being developed by Senator Bitar and Abraham Lowenthal, Adjunct Professor of International Studies at the Watson Institute. The afternoon ended with a discussion of "The Arab Spring and Theories of Democratization."