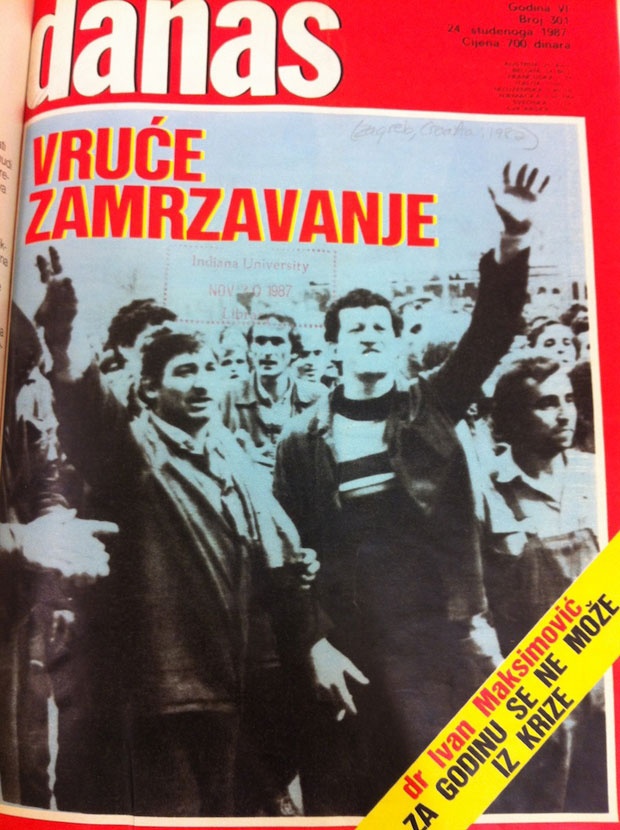 Keith Brown, Associate Research Professor at the Institute, has been awarded a Fulbright Scholar grant to conduct research and graduate training at the Institute for National History in the Republic of Macedonia during the 2012-13 academic year. He is one of approximately 1,100 US faculty and professionals who will travel abroad through the Fulbright US Scholar program in 2012-13.

Professor Brown will collaborate with Macedonian historians to conduct new oral history research on the recent Macedonian past, and analyze the politics of dissidence and their impact on the country's democratic culture from the 1980s to the present. This project builds on his earlier work, now available in Macedonian, on the role of history in Balkan politics, as well as his more recent research on the challenges of international democracy promotion in post-socialist Eastern Europe.

His new project, entitled "Democracy in Macedonia: Oral History, Civil Society and the Practices of Pluralism," will revisit a range of dissident movements of the 1980s, including the flowering of critical, anti-establishment journalism and alternative art and theater movements, the birth of environmental activism, unprecedented anti-management strikes by workers, and political mobilization by Macedonian Albanians in response to the Yugoslav crackdown in neighboring Kosovo. By highlighting the activism of this period, Professor Brown will challenge popular misperceptions of the recent past, raise awareness of the different trajectories and outcomes of dissent, and provide grounds for a more reflective public debate over the rights and responsibilities of citizens and government.