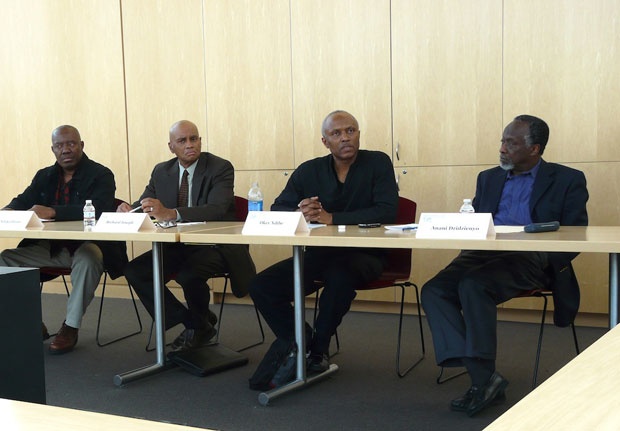 Corruption, the idea of a nation as a geographical expression, undemocratic elections, and colonial legacies are among the challenges facing governments in Africa today, according to experts on statecraft in the continent.

Professor Joseph observed that challenges to statecraft exist across Africa, from Somalia and Sudan to Nigeria and South Africa. "Even the things we call states really function on personal networks and not a legal, rational entity," he said.

"The idea of a country as a geographical expression," Otiono added, is in itself a problematic framework. This is the case in Nigeria, where many disparate units and ethnicities have been joined into a state whose interests are shaped principally by the availability of natural resources.

One of the fundamental issues facing these nations is the difficulty of establishing political systems that serve the public good. According to Otiono, when democratic elections fail, politicians arbitrarily assume power. How, then, can a state's ability to serve its citizens be ensured, whether the government is elected or appointed by the military? "Frankly, even after all these years, we do not have the answer to that question," Joseph said.

It is crucial to establish fully transparent governments in Africa. "Many African governments operate by the dictum that a good state is one that does not place any impediments in the way of its rulers," Ndibe said. The resulting corruption leads to dysfunctional and failed states.

Ndibe raised the question of agency in African statecraft. "In a lot of ways, Africa? is a grand production of Europe" inflected with strategic violence. Africa's role in modern discourse has become a reflection of this process, according to Ndibe. The continent becomes current during times of heightened crisis, including war, famine, and droughts. In recent months, however, the economic crisis unfolding in Europe has lessened crisis-centered media interest in Africa. According to Ndibe, this shift may present an opportunity for a different understanding of African politics and state building in the global discourse. "There are prospects for African people to begin to take more of a dominant hand in shaping their spaces and the idea that we call statecraft."