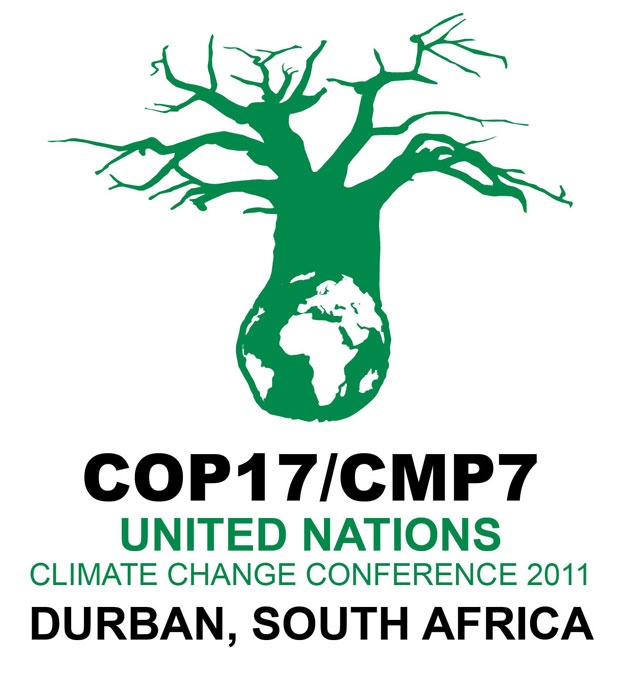 “In the end Durban might have been a turning point,” J. Timmons Roberts said recently, as he returned from the COP 17 global climate change negotiating session that closed in December in South Africa.

Roberts, a Brown professor and director of the University’s Center for Environmental Studies, led the delegation of Brown postdoctoral researchers and graduate and undergraduate students who have also been blogging reports on the negotiations on the Institute-based Global Conversation. As he discussed in a Brown news feature, the talks ended with an agreement to extend the greenhouse gas emissions targets set under the Kyoto Protocol and a pledge to work on a replacement treaty incorporating the United States, China and India.

Robert's account: “Things were looking very bleak, and honestly I did not foresee the seemingly positive outcome hashed out in the 35 hours of overtime negotiations. There was a lot of discussion about how a true collapse of the Kyoto Protocol might have been better than another lame outcome where we bump along for another 20 years of weakening negotiations. I agree with that, but I also think that a lot of work has been done over these 20 years since the 1992 Earth Summit in Rio de Janeiro, when this all got started. While the current promises are quite weak, in the end Durban might have been a turning point.”

In a separate University news feature, Brown delegation member Brianna Craft, a graduate student, also reported back from COP17 on the delgation's role supporting the Least Developed Countries' negotiating bloc in Durban and on her measured optimism for the future.

The delegation was supported, in part, by the Watson Institute.