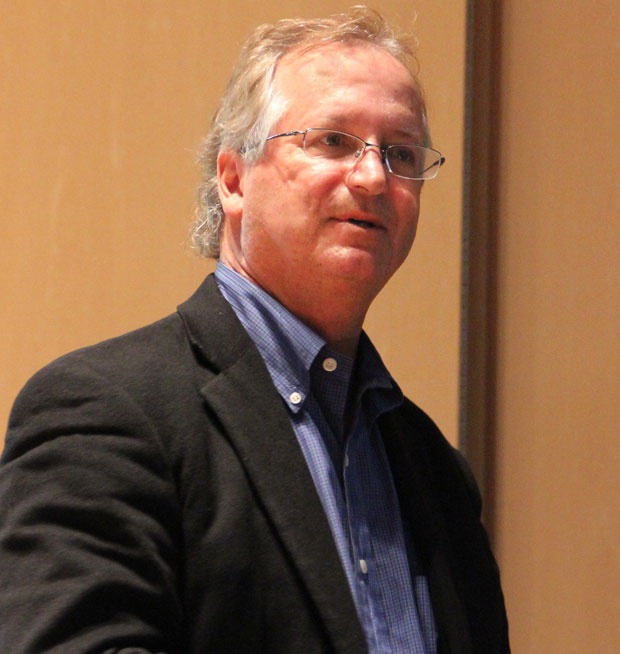 Gladney, a professor of anthropology at Pomona College, says he has been prohibited from entering China ever since he co-authored a book titled Xinjiang: China's Muslim Borderland in 2004, which cast a spotlight on Xinjiang, a restive province in Western China.

Out of a total of 18 scholars who have been banned because of their work on Xinjiang, he said that two have left the field, one has been denied tenure, three struggle with regular unemployment, and none pursue research in Xinjiang. “It was terrible for my own research,” he said.

Gladney also said that China is one of the few countries to ban selected scholars from entry, but acknowledged the United States also does the same. “The US denies visas regularly to Muslim scholars in particular,” he said.

Gladney gave a talk at the Watson Institute earlier this month titled “A Jasmine Spring in Beijing? The Uyghur Challenge to China and the Xinjiang 13.”

He reminded the audience that China actually does have a sizable minority population. 91 percent of Chinese nationals are Han Chinese, and the remaining 9 percent come from 55 different minority groups.

Among these groups, Uyghurs number 8.4 million. Most of this Muslim minority lives in Xinjiang, where it makes up just under 50 percent of the population. The relationship between the autonomous province and China's central government has long been fraught with tension, and in July 2009, Xinjiang captured headlines worldwide as the site of one of the bloodiest riots in the history of the People's Republic of China.

Gladney said these protests may not be indicative of a desire by the Uyghurs to break away from China, but instead reflect the internal problems that also affect the rest of China, including labor disputes and alleged land grabs by municipal governments.

Pointing to the power of social media, Gladney said that one-eighth of Uyghurs live outside of China, mostly in Central Asia, and explained that this population has been important in influencing events and shaping perspectives within Xinjiang through online communities. The July 2009 riot was China's “first internet-inspired riot,” he said.