Richard Locke to be Institute Director 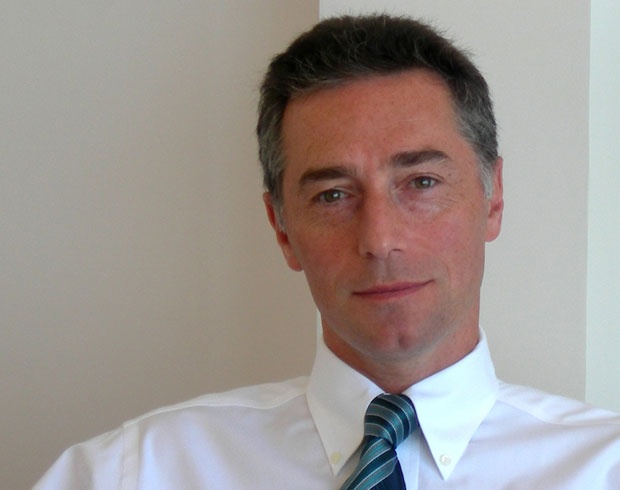 Following an international search, Richard M. Locke has been named the Howard R. Swearer Director of the Watson Institute for International Studies at Brown University. He will join the University in July 2013.

As director, Locke will provide intellectual leadership and strategic direction in shaping and supervising the Institute's teaching and research initiatives in international studies.

Currently at the Massachusetts Institute of Technology, Locke is deputy dean of the Sloan School of Management, head of the political science department, and a professor of political science and management. He previously served as the faculty chair for the Sloan Fellows Program.

"Richard Locke is a collaborative academic leader whose distinguished scholarly career, focused on issues of global importance that are well-aligned with the Institute's mission, make him particularly well-suited to the Watson directorship," said Brown President Christina Paxson, who chaired the search. "His commitment to advancing teaching and research on issues of international importance will enhance the Institute's reach as a center of relevant scholarly activity."

Locke's appointment follows an international search involving the president, the provost, the Watson Institute's Board of Overseers, members of the faculty, and other members of the administration. During the search, the Watson Institute was under the leadership of two interim directors: Carolyn Dean, professor of history, and Peter Andreas, professor of political science and international studies.

"The Overseers are delighted with the selection of Richard Locke to lead the Watson Institute. He has the essential leadership qualities and scholarly experience to make a fine director, and we look forward to working with him," said David McKinney, president of the Thomas J. Watson Foundation, former member of the Corporation of Brown University, and chair of the Watson Institute Board of Overseers. "The Board is most grateful for the excellent foundational work provided by the past and current interim directors Carolyn Dean and Peter Andreas. This work has positioned the Institute for productive momentum in the months and years ahead."

Richard M. Locke joined the MIT Sloan School of Management faculty as an assistant professor of international management in 1988 after receiving his Ph.D. in political science with a specialty in political economy at MIT. He is the Class of 1922 Professor of Political Science and Management, head of the MIT Political Science Department, and deputy dean in the Sloan School of Management.

Locke's current research is focused on improving labor and environmental conditions in global supply chains. Working with leading firms like Nike, Coca Cola, and Hewlett-Packard, Locke and his students have been showing how corporate profitability and sustainable business practices can be reconciled. Locke has published three books: Working in America (The MIT Press, 2001), with Paul Osterman, Thomas Kochan, and Michael Piore; Employment Relations in a Changing World Economy (The MIT Press, 1995) with Thomas Kochan, Michael Piore; and Remaking the Italian Economy (Cornell University Press, 1995), as well as numerous articles on economic development, labor relations, and corporate responsibility. He has recently completed a new book, Improving Labor Rights in a Global Economy, forthcoming Cambridge University Press in 2013, based on his research about labor standards in global supply chains.

Locke and MIT Sloan colleagues spearheaded the development of the Laboratory for Sustainable Business, a course seeking to provide students with in-depth knowledge of the various sustainability issues society faces today. Locke also pioneered the popular Global Entrepreneurship Laboratory, a course that teaches students about entrepreneurship in developing countries by placing them in internships with startups in an array of companies in various emerging markets. As a result of this work, Locke was named a 2005 Faculty Pioneer in Academic Leadership by The Aspen Institute, awarded the MIT Class of 1960 Teaching Innovation Award in 2007 and the Jamieson Prize for Excellence in Teaching in June 2008.

The Watson Institute and the Howard R. Swearer Directorship

For more than two decades, the Watson Institute has analyzed global politics, power, and society, working across academic disciplines to identify causes and possible cures for urgent international problems. The Watson Institute is a legacy of Thomas J. Watson Jr., a 1937 Brown graduate and former vice chancellor of the University, who served as U.S. ambassador to the Soviet Union during the Carter administration. It supports the activities of faculty, students, visiting scholars, and policymakers focused on global development, security, and governance. It is also the intellectual home of the international relations concentration, one of the University's largest undergraduate programs.

"I am delighted to be offered this wonderful opportunity to serve as the next director of the Watson Institute," Locke said. "The Watson Institute remains one of the country's leading centers for international studies and I look forward to working with my new colleagues at Brown to increase the Institute's visibility and impact in the years to come. I have always admired Brown's academic culture and intellectual environment and look forward to joining this incredible community."