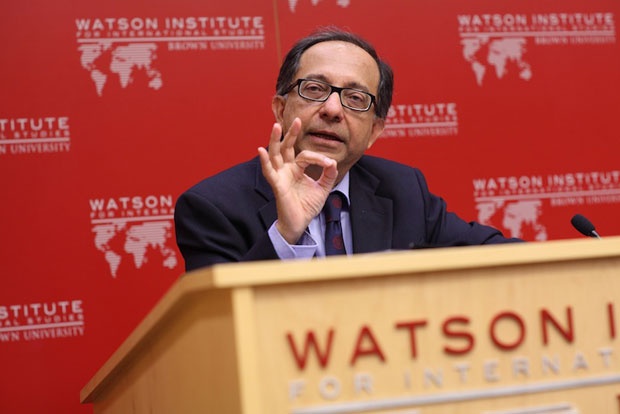 Describing his position in the Indian government as akin to having a "box seat in the theater of life," Basu delivered the first of two lectures covering economic reform, politics, and law in modern India.

The second lecture will take place on Friday, November 16 at 2:30 p.m. Complete video coverage of both lectures will be available.