"Acts of Creative Worldmaking:" How Brazil's Occupy Movement Is Different 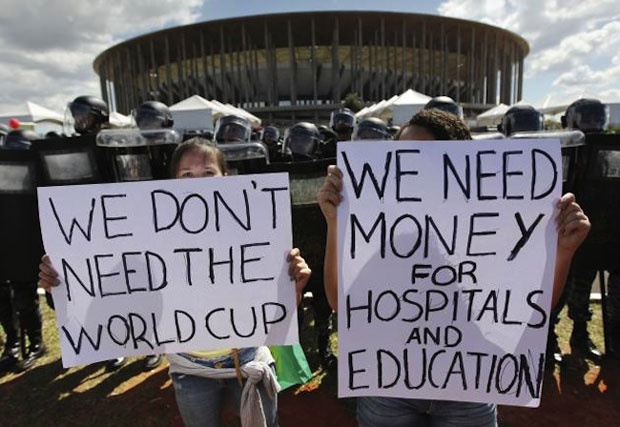 Watson Institute sociologists Gianpaolo Baiocchi and Michael Kennedy explore what the protests in Brazil have in common with movements in Spain, Turkey, and the US, and what sets them apart. Writing in the Huffington Post, they note that unlike the government of Turkish Prime Minister Erdogan, some in Brazil's ruling Workers' Party have expressed solidarity with the protesters, having come to politics through popular struggle themselves. How the political and financial elites respond will have a profound effect on this country, one of the world's fastest growing major economies and one of its largest democracies.