Nirupama Rao, the former ambassador of India to the United States, has accepted a one-year appointment as the Meera and Vikram Gandhi Fellow with the Brown-India Initiative. Rao begins her appointment in January 2014. 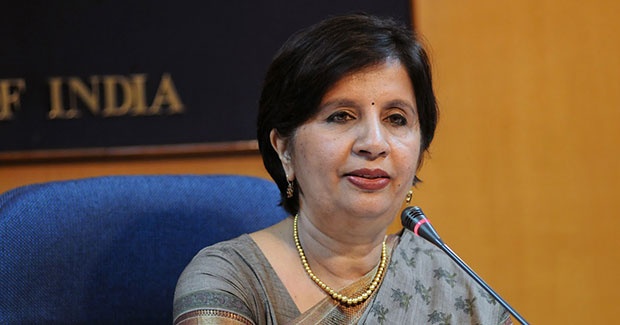 “I am thrilled to contribute to scholarship on India’s global outlook and its foreign policy priorities and challenges.”

“I look forward to my year at Brown University with great anticipation. The India Initiative at Brown’s Watson Institute has provided a needed and valued focus on the study of contemporary India,” Rao said. “I am thrilled to contribute to scholarship on India’s global outlook and its foreign policy priorities and challenges.”

“Ambassador Rao’s accomplishments are immense and well known. Her intellectual approach to diplomacy has always distinguished her," said Ashutosh Varshney, director of the Initiative. “Having served as India’s ambassador to the United States and China and also as the country’s foreign secretary, she has accumulated invaluable diplomatic experience, knowledge, and insight. She will add greatly to our collective life at the India Initiative.”

Rao will have an office at the Watson Institute, which will allow her to meet and collaborate regularly with other Watson faculty and fellows. She will deliver a lecture in the fall to share her progress on the book she will be writing while at Brown, which focuses on how the advent of new media technologies are changing the way countries respond to policy-related situations.

Rao assumed her responsibilities as ambassador of India to the United States in September 2011, a position she held until November 2013. Prior to that, Rao was appointed foreign secretary, the highest office in the Indian Foreign Service, where she served a two-year term until July 2011. Rao has served previously in Washington as minister for press and cultural affairs at the Indian embassy from 1993 to 1995. She has also served in Moscow as deputy chief of mission at her country’s embassy there in the late 1990s. On return to New Delhi, she was designated as spokesperson of the Ministry of External Affairs in 2001, the first woman to hold that post.

Rao joined the Indian Foreign Service in 1973. In a diplomatic career spanning four decades, she served in various world capitals, including Washington, Beijing, and Moscow. She acquired extensive experience in India-China relations, having served in the East Asia Division of the ministry at policy level capacities for several years and later serving as India’s first female ambassador to China from 2006 to 2009. Her other ambassadorial assignments include Peru, Bolivia, and Sri Lanka, where also she was India’s first female high commissioner.