Keith Brown Speaks on Television in the Republic of Macedonia 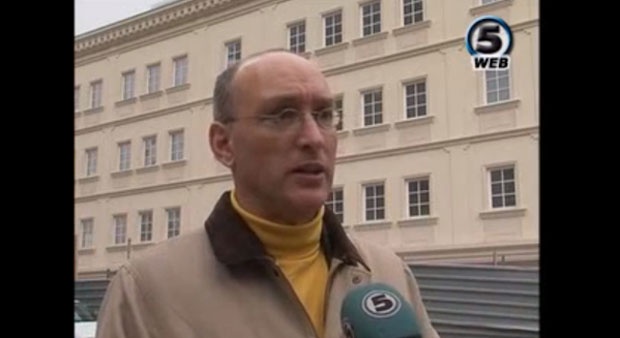 Keith Brown, currently a Fulbright scholar in the Republic of Macedonia, was featured last week on Zevzekmanija, a weekly television news magazine there. Brown spoke frankly about citizens' disappointment in the country's progress, and his own surprise to find that the issues which dominated the national conversation during his doctoral research there 20 years ago remain unresolved. Watch the segment — in Macedonian — on YouTube.

Brown's commentary goes on to discuss the particization of Macedonian life, where party membership is key to getting state employment. He contrasts the cooperation that follows intra-party conflict in the US with the insistence on party discipline and factionalism there. Host Goran velickovski concludes by calling Brown a true friend of Macedonia, because he observes things that Macedonians don't see, or don't want to see about themselves.