An American Prospect article on the flood of Syrian refugees into Lebanon cites Associate Professor of Comparative Literature Elias Muhanna. 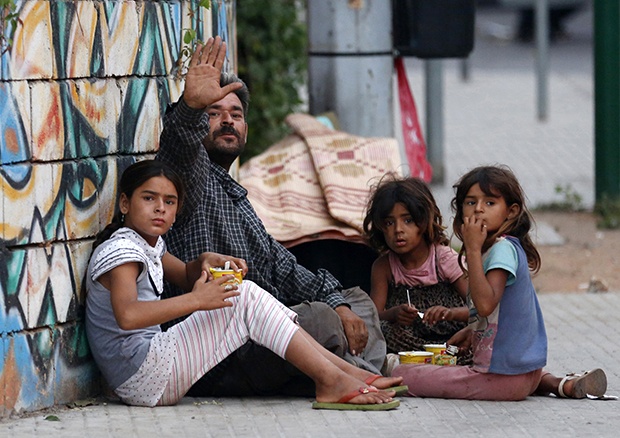 A homeless Syrian man and his children sit along a street in Beirut July 22, 2013. The United Nations Children's Fund (UNICEF) said as many as 800,000 Syrian children are missing out on education because of the country's civil war. REUTERS/Jamal Saidiv

"When you walk around Beirut and elsewhere, there's a lot more evidence of poverty, people begging on the streets, a lot of young men milling around who are looking for work."