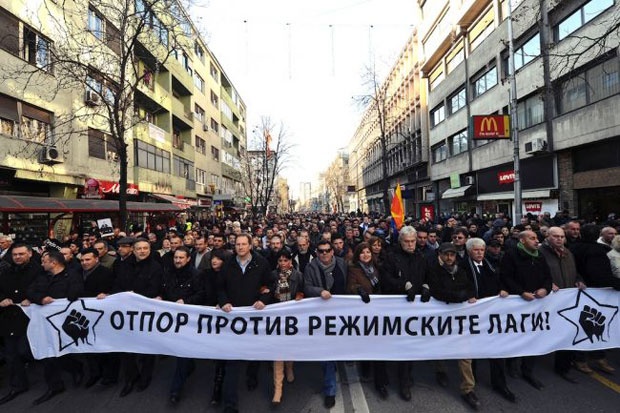 Keith Brown, currently a Fulbright Scholar in the Republic of Macedonia, writes in GlobalPost that despite a violent Christmas Eve altercation in parliament there, deep wells of civility and democracy endure. The peaceful protest and debate Brown has observed over the past weeks remind him of the call for non-violence issued by Martin Luther King, Jr. in his "Letter from a Birmingham Jail," a treatise gaining attention — and recently translated — in an increasingly fraught Republic of Macedonia.