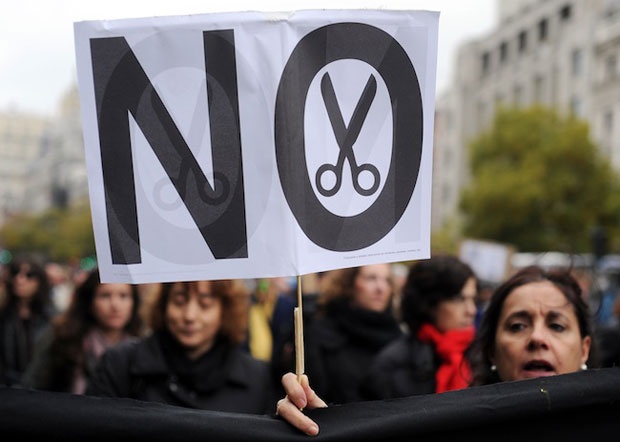 In the few weeks following the Institute's April 12 news piece about wide-ranging conversations sparked by Mark Blyth's Austerity: The History of A Dangerous Idea, more reviews and discussions have piled up around the book.

Policy Shop, the blog of the public policy organization Demos, praises Blyth's book for its sweeping and detailed analysis of both historical and current issues around austerity, including the Financial Crisis. Blyth's account, the review adds, is refreshingly free of jargon and without the assumption of a graduate degree in economics."

In a review packed with macroeconomic detail, The New Republic declares that in the wake of serious questions raised about the future of austerity and the recent discrediting of Carmen Reinhart's and Kenneth Rogoff's influential pro-austerity paper," Blyth's book is "timely," and "provides answers to these questions, and they are not necessarily comforting ones."

Think Progress, in the second of three installments on Austerity: The History of a Dangerous Idea, says the book "should be required reading for all progressives -– and in particular, the center-left policy elites who run the country."

Elsewhere, in a Salon piece originally printed in Jacobin, Brown postdoctoral research associate Alex Gourevitch packs both light-hearted humor and rigor into his review of the book, which he describes as "one-stop shopping" for anyone curious to know about the origins and intellectual foundations of "the wavering austerity crowd."

In the May/June issue of Foreign Affairs magazine, Blyth himself weighs in with an essay, "The Austerity Delusion." ("The results of the experiment are now in, and they are consistent: austerity doesn't work.")

On Wednesday, Blyth joined experts from the Financial Times, Washington Post, and American Enterprise Institute on KCRW's radio show To The Point. The panel discussed austerity in the context of the infamous Excel spreadsheet error and the anti-austerity May Day demonstrations that rocked Eurozone countries.