A professor, two alumni and a current student from Brown’s public policy program will begin work in key state and local administrative positions in the post-election staff shuffle. 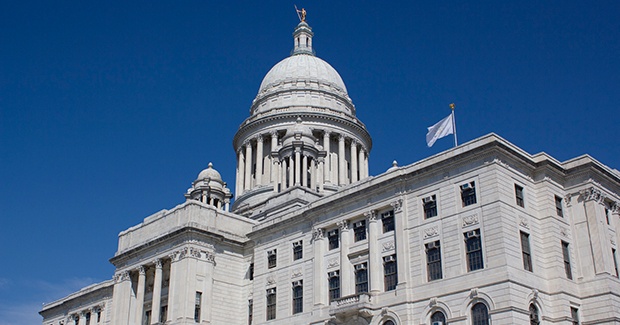 “To create opportunity for families in Rhode Island, we have to attract companies to invest here, and encourage our existing businesses to expand and grow,” Raimondo said in a statement released today. “To do that, we must streamline our regulatory process and make Rhode Island more business-friendly. Erik has the experience needed to cut through Rhode Island’s red tape, and to create a more competitive and entrepreneurial environment.”

While at Brown, Godwin created the Applied Social, Economic, and Regulatory Analysis Group (ASERA). As director of ASERA, Godwin led several student teams in preparing high-quality research and analysis for state and local municipalities, including a report on the Rhode Island’s 911 emergency call system.  He has taught courses for the public policy program including environmental policy, state and local policy, regulation and compliance, and policy analysis. Godwin, who came to Brown in 2013, will step down from his lecturer position but will continue to teach in the program as an adjunct lecturer.

The Office of Regulatory Reform was created in 2010 by an executive order and supported by legislation from both the House and the Senate.  ORR’s mission is to create and refine a clear, predictable, and reliable state and local regulatory system to advance the competitiveness of Rhode Island businesses while protecting the health, safety and quality of life of our citizens.

Godwin began his career as a consultant to the US Environmental Protection Agency and Department of Justice, conducting financial and economic analyses on environmental issues. He then joined the Office of Information and Regulatory Affairs in the Office of Management and Budget, where he was the principal White House regulatory analyst on policies involving energy, pesticides, radiation, and indoor air.

Kelly Rogers MPP ’12 is director of policy for State Treasurer Seth Magaziner. Prior to joining the treasurer’s office, Rogers was manager of policy and public affairs at the Rhode Island Public Expenditure Council.

Kyle Lynch, a current master of public affairs student, is a defined contribution plan administrator and investment associate in the state treasurer’s office. He assists with the state's defined contribution plan as a core focus, while also working with the 529 Collegeboundfund and 457 plans. This includes performance reporting and administrator outreach. Lynch was a senior staff member of Magaziner’s campaign, acting as finance director.