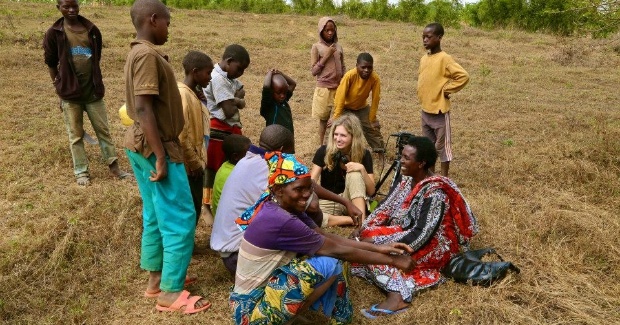 Emily Kassie has received a Student Academy Award from the Academy of Motion Picture Arts and Sciences for her film, I Married My Family's Killer. The film, on intermarriage in post-genocide Rwanda, has screened at many festivals and received numerous other awards, including Best Foreign Short, IFS Film Festival; Best Documentary Jury Award, Tallgrass Film Festival; and Outstanding Achievement Humanitarian Award, Global Film Awards. It was one of 15 chosen from among the 1,686 entries this year.

Kassie graduated with honors from Brown University with a BA in politics, film and journalism, a regional focus on East Africa, and a thematic focus on human rights and genocide. She was both a Watson Undergraduate Fellow and an AT&T Fellow. Her photography was among the first exhibited at the Institute as part of the Art at Watson initiative.

"Emily's award-winning film is testimony to her talent, tenacity, passion and sheer hard work" said Keith Brown, one of her academic advisors at Brown. "Having had the privilege of seeing the project evolve over her undergraduate career, it is wonderful to see the recognition it is receiving on a wider stage."