Policy Leaders Convene to Deliberate The U.S. Military in a Dangerous World: How Much is Enough? 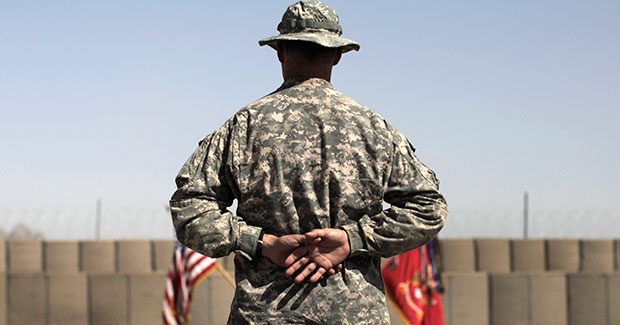 (Providence, RI)-- In an increasingly precarious global arena, with terrorism, war and ethnic strife erupting throughout the world, US policy makers are grappling with competing requirements of ensuring national security and containing budgetary spending.

On Tuesday, September 29, 2015, three of the nation’s top defense policy leaders will convene at Brown University for a forum, The US Military in a Dangerous World: How Much is Enough?  The event, hosted by the Taubman Center for American Politics and Policy, will take place at 5:30 pm in Metcalf Research Building, Friedman Auditorium. Registration is required; the event will be livestreamed.

This discussion comes at a time when presidential candidates from both parties vying to be the next Commander-in-Chief must offer potential strategies and solutions to promote the safety and security of citizens at home and abroad. Challenging statistics confront them. The US spends more on defense than the next seven nations combined. Yet military spending, as a percentage of GDP, is the lowest it has been in fifty years, and is only one-fifth what the nation allocates to entitlements and debt service. Many policymakers worry that US armed forces — the people, technology and infrastructure — are inadequate to achieve the nation’s international and security objectives.

During the September 29th panel discussion, former US Senator Carl Levin, scholar and diplomat R. Nicholas Burns, and Dr. Paula Thornhill, former US Air Force Brigadier General and director of the RAND Corporation’s Project AIR FORCE Strategy and Doctrine Program, will debate and deliberate a range of salient issues and questions regarding US military policy, including:  What role should America play in an increasingly dangerous world? What are the resources required to fulfill this role? What is necessary to defeat ISIS? To keep the sea lanes open? Prevent genocide in Africa?

What: Taubman Center Policy Forum, The U.S. Military in a Dangerous World: How Much is Enough?

Who: R. Nicholas Burns, Goodman Professor of Diplomacy and International Relations at the Harvard Kennedy School of Government, former US diplomat.

Hon. Carl M. Levin, Former US Senator and Chairman of the US Senate Armed Service Committee.

Panelists
R. Nicholas Burns is the Goodman Professor of Diplomacy and International Relations at the Harvard Kennedy School of Government. He is Faculty Director of the Future of Diplomacy Project and chairs the programs on the Middle East and South Asia. He is a member of Secretary of State John Kerry’s Foreign Affairs Policy Board, Director of the Aspen Strategy Group and a Senior Counselor at the Cohen Group. Before retiring from his twenty seven year career in the U.S. Foreign Service, Burns served as Under Secretary of State for Political Affairs (2005–2008), Ambassador to NATO (2001–2005), Ambassador to Greece (1997-2001), and State Department Spokesman (1995–1997).

Carl M. Levin, Michigan’s longest-serving U.S. senator, retired from the Senate in December 2014. In his 36-year Senate career, Senator Levin was greatly esteemed on both sides of the political aisle for his integrity, resourcefulness and diligence. In 2016,Time magazine named him one of the 10 best senators. In the Senate, Levin served as chairman of the Armed Services Committee, becoming a leading voice on military and foreign affairs; as chairman of the Senate’s Permanent Subcommittee on investigations, which involved the analysis of complex financial and tax matters. Prior to his Senate service, Levin was President of the Detroit City Council. He recently joined Honigman Miller Schwartz and Cohn in Detroit as senior counsel. In addition, Wayne State University Law School has established the Levin Center. The Center will focus on the understanding of how in-depth bipartisan legislative oversight can lead to significant and meaningful changes in public policy and institutional behavior. Senator Levin received a JD from Harvard Law School and a BA from Swarthmore College.

Moderator
Jeff Robbins, a Brown alumnus, served as chief counsel to the minority of the U.S. Senate Permanent Subcommittee on Investigations, and as deputy chief counsel to the minority of the U.S. Senate Governmental Affairs Committee. He was appointed by President Clinton as a U.S. Delegate to the United Nations Human Rights Commission for two years and also served as president of the World Affairs Council of Boston for three years. Robbins is an attorney with Boston-based Mintz, Levin, Cohn, Ferris, Glovsky, and Popeo. He has written opinion articles on American foreign policy for the Wall Street Journal, the Boston Globe, the Boston Herald and the Times of Israel.

(About the Taubman Center for American Politics and Policy)