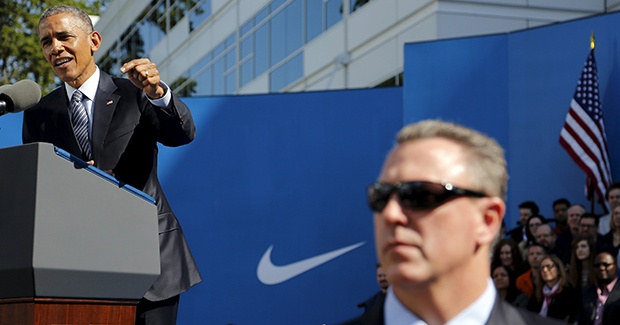 Richard Locke, director of the Watson Institute, comments on the improvements to working conditions in Asian factories made by Nike over the years, a company once reviled for using sweatshops to make its sneakers. President Obama is pitching the 12-nation Trans-Pacific Partnership, a deal he promises will protect workers, at Nike headquarters on Friday.

Watson Institute Director Richard Locke comments on President Obama's visit Friday to Nike headquarters to push the Trans-Pacific Partnership. Locke says that while it's surprising he chose Nike given its past reputation for poor labor conditions, it also represents the potential for companies to reform.