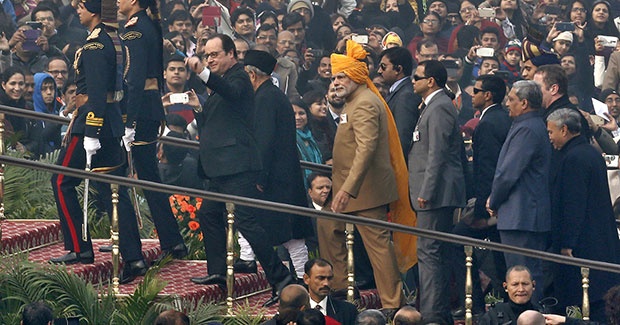 Ashutosh Varshney, professor of political science and international affairs, wrote an op-ed about Indian Prime Minister Narendra Modi and his perspective on nationhood, as observed from speeches and actions. Modi has brought Indian nationhood even closer to the jus sanguinis model and nothing suggests this more clearly than the closing remarks of his Wembley speech in London, according to Varshney.

"Modi’s idea of India" by Ashutosh Varshney - The Indian Express

"Modi's idea of India-2" by Ashutosh Varshney - The Indian Express