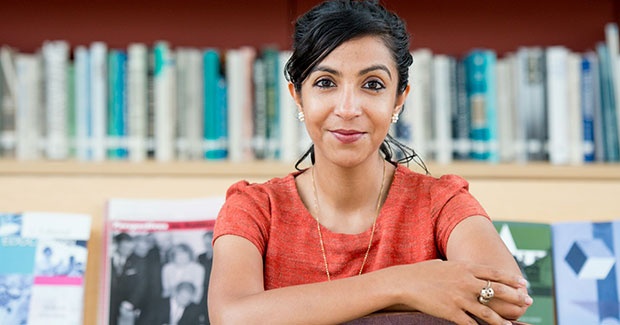 Prerna Singh is Mahatma Gandhi Assistant Professor of Political Science and International Studies and faculty fellow at the Watson Institute. Her research is focused on comparative politics, political economy of development, social welfare, and politics of South Asia and East Asia.

“All of us at the Watson Institute extend our heartiest congratulations to Prerna Singh on her being awarded the Luebbert Prize. Though awarded specifically for Prerna’s article “Subnationalism and Social Development,” the prize speaks to the empirical depth and theoretical richness that runs through all of Prerna’s work. What a wonderfully appropriate and richly deserved validation of outstanding social science research.” -Watson Institute Director, Edward Steinfeld

An excerpt from the article:
"In recent years countries – both developed and developing – in different parts of the world have been characterized by the presence of powerful nationalist movements within their territorial boundaries. Such subnational movements, specially the case of Quebec in Canada and the Basque region and Catalonia in Spain, have been widely studied but the concept of subnationalism itself has come in for surprisingly little scholarly attention. In this paper I attempt to develop a concept of subnationalism, delineate one way in which it might be measured and use this to measure the strength of subnationalism in Indian provinces."