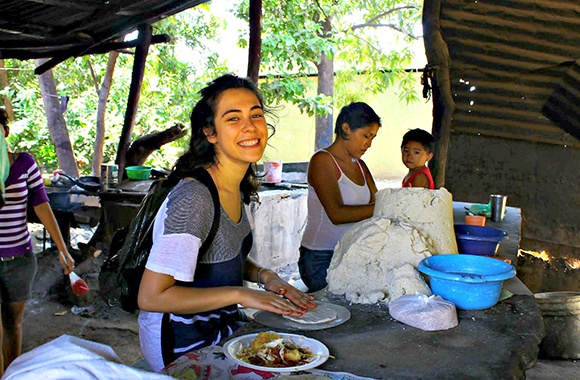 Teresa recently travelled to Nicaragua for Spring Break along with nine other students as part of Stephen Kinzer's IR course called “International Journalism."

"In my opinion, being a journalist in another country is one of the most satisfying jobs one can have. And to me, journalism isn’t only a job but a way of life. In Nicaragua I formed the habit to carry a pen and paper all the time; I jotted down some thoughts every now and then. Engraving my ideas on paper helped me become more aware of my surroundings. This trip has been one of the most enriching and fulfilling experiences I’ve ever had so far. Acting as a foreign correspondent in Nicaragua has made me more socially conscious of the world I live in and has deeply enriched my career at Brown."