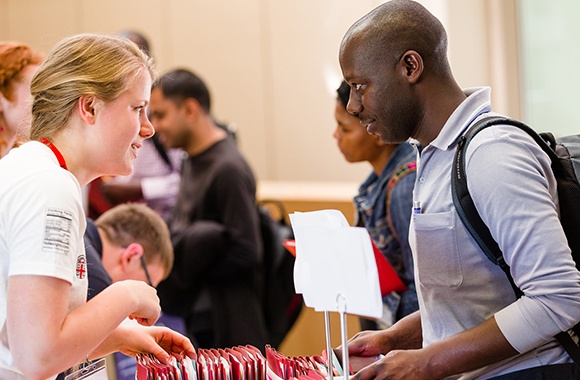 What is the topic of your thesis and why did you choose it?
My thesis was broadly about knowledge production and access to the Western academy in development studies. I studied Brown International Advanced Research Institutes (BIARI) as a case study, which is a program here at Watson where Brown faculty teach intensive summer courses to young scholars and practitioners from the Global South. I chose this topic after spending two summers doing fieldwork in South Africa - I had a complicated experience there, which basically opened my eyes to how problematic it can be for Western students/scholars to intervene under the guise of "development," given colonial and imperial histories. I studied BIARI for a critical but reflexive look at the role of Western scholars in international development.

What were your takeaway findings?
My main findings from BIARI reinforced the idea that "development" is a Western-imposed construct and is probably not the best way to view or classify the world. After reading a lot of post-development literature, I realized that scholars have been arguing this for decades already, so I hope that these ideas can continue to become more common within the discipline and that students of development will think more critically about these issues.

What are your plans moving forward?
I'm hoping to engage with and understand social justice within the United States, and what my role in that can be. As my first step, I'm starting a social enterprise fellowship in the fall with New Sector Alliance in San Francisco - but I'm excited to see what comes next.