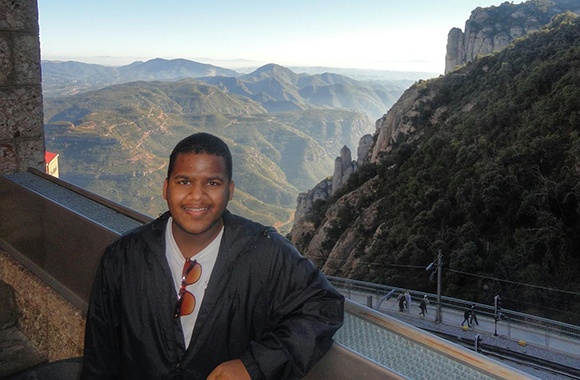 Where did you do your internship?: Last summer, I interned with the Campaign Legal Center (CLC) in Washington, D.C., a nonprofit public interest organization that fights for campaign finance reform, voting rights, and government ethics in the courts and via regulatory agencies like the Federal Election Commission. I got to work hands-on with staff attorneys on a series of voting rights and voter suppression cases, conducting research, evaluating and analyzing evidence, writing briefs, and drafting recommendations. I also assisted in the organization's advocacy for a new voting rights bill after the U.S. Supreme Court's 2013 decision in Shelby County v. Holder, which invalidated a key provision of the Voting Rights Act (VRA). Working at the CLC validated my interest in election law and allowed me to work with great attorneys, like Executive Director Gerry Hebert, to prepare my senior thesis on a little-known provision of the VRA.

Topic of your thesis: I wrote my senior honors thesis in Public Policy on the bailout provision of the Voting Rights Act. Until the Supreme Court's 2013 decision in Shelby, the VRA required the federal government to 'pre-clear' any and all voting changes in jurisdictions with a record of racial discrimination in voting. The bailout provision permits jurisdictions covered by the Act to 'bail out' of its requirements if they do not feel they have a record of discrimination that justifies coverage. The availability of bailout has been used to justify the constitutionality of the VRA for decades. However, a dearth of empirical research exists on the provision. I sought to help fill that void with my thesis by conducting interviews with voting registrars in jurisdictions across Northern Virginia (where I am from) to find out what determines whether or not a jurisdiction applies for bailout. Without a doubt, my thesis has been the most intellectually rewarding work I have done in my time at Brown, and it has allowed me to hone the skills I have learned in public policy classes to conduct meaningful research.

What are your plans moving forward?: Upon graduating from Brown this spring, I will enter Columbia Law School this fall as a J.D. candidate. I hope to pursue a career at the intersection of election law and social justice, fighting for campaign finance reform and protecting the right to vote for all Americans.