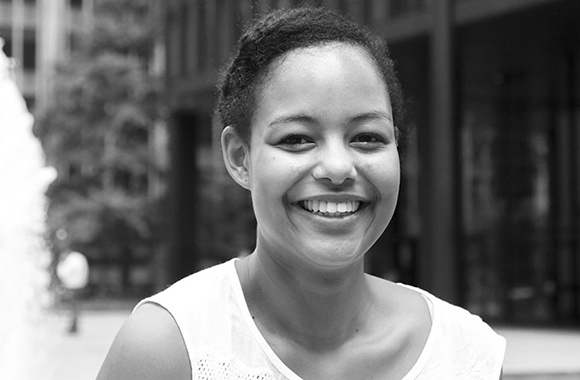 What is the topic of your Honors Thesis? My honors thesis is titled “Social Movements and Processes of Political Change: The Political Outcomes of the Chilean Student Movement, 2011-2015”. The Chilean student movement emerged in May of 2011 and challenges the concept of education as a consumer good, instead claiming it as a universal human right.

How did you get into the topic? I studied abroad in Chile in Fall of 2013 and I was impressed by how people my age were actively making a political impact and challenging the government to respond to its demands. I wanted to understand the effects of this social movement, and in particular, how its non-institutional outcomes (such as changes in political consciousness) will affect the quality of the country’s democracy.

How did your Honors Thesis help bring everything together, in terms of your career at Brown? We spend all this time as undergraduates ingesting scholarly research, but it is something different altogether to actually add to the dialogue. Coming up with a research question, struggling to overcome the barriers in answering to, and finally coming up with new material to add to the scholarly dialogue is extremely rewarding. I feel that I am now part of the scholarly debate, and can engaged in the conversation at a high level.

How do you think your work will influence you in the future? I eventually want to work in policy, and think that my research findings - about the importance of collective action and participatory policymaking - will stay with me in my policymaking. Also, I will live in Chile one day.