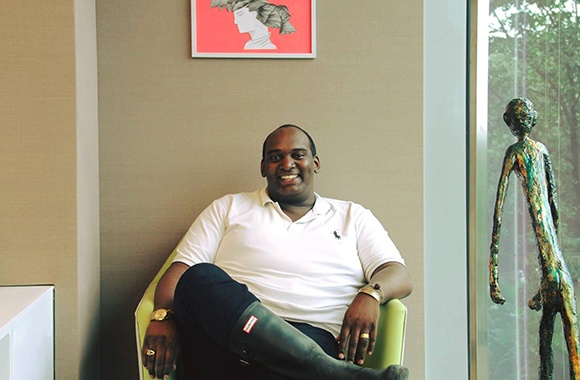 "My training at Watson helped me think about development as ideological as well as policy apparatus."

Tell me about your thesis. What does it focus on, and what inspired its formation?

I work in Bombay, India, writing about how queer ‘sub-culture’ there—and in India more broadly—is being imagined as becoming popular culture. One of the central questions my dissertation is exploring is how minorities are produced as minorities and the modes through which both violence and care become indistinguishable in LGBTQ+ interactions with the state, families, and a range of institutions. This work takes the legal battles over gender and sexuality as starting points for thinking about the production of sexual minority subjects. In 2009 the Delhi High court read down India’s moratorium on non-penovaginal sex, which the Supreme Court overturned in 2013. Then in 2014, the court ruled for full inclusion of transgender persons, while simultaneously skirting the topic of sexuality in their judgment.  By tracking individual LGBTQ+ persons in my fieldsite as well as a host of institutions invested in LGBTQ+ discourse, I explored how the negotiation of the law also demands the production of queer sub-culture as visible public culture.

As an anthropologist, it was interesting to see the nuance of development in everyday life. My training at Watson helped me think about development as ideological as well as policy apparatus. But what I had not thought about until my fieldwork were the modes through which development could also produce and perform culture. That was fascinating.

What is your approach to international development?

I have been affiliated with a CBO, in India working on behalf of LGBTQ+ issues. This work enabled me to to get a sense of the policy moves that are happening at local, regional, and even international levels regarding sexuality and gender. These experiences revealed how sexuality and gender are increasingly crucial facets of global discourses surrounding NGOization, development, and global governance.

However, it was important, to see development beyond NGOs and policy implementation. I was struck by how development exceeded material questions of increasing capabilities and access. There was also a fascinating cultural element attached to the intersections of development and gender and sexuality activism: NGOs as producers of queer culture through the introduction of new vocabulary and identity terminologies. For instance, the acronym  MSM—men who have sex with men—which was deployed originally by NGOs and global health institutions  combatting HIV transmission as a term to describe sexual behavior, was also adopted by interlocutors in my fieldsite as a sexual identity marker. This gestures to the complexities of the development apparatus. It could open up space for new discourse, while unintentionally producing normalized and rigid identities in spaces where identity might be much more fluid.