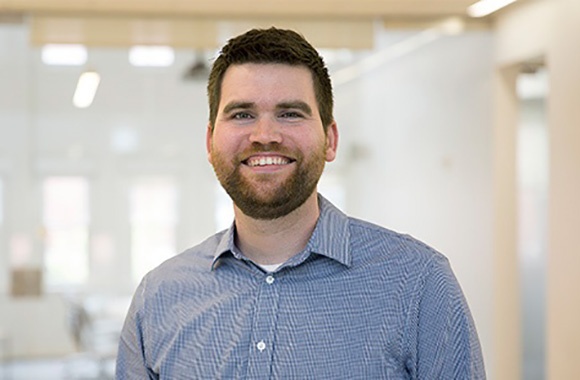 Tell us about your personal and professional experience prior to beginning the MPA program.  What fields were you in, and why did they lead you to an MPA?

I was a medic in the Army from 2010 to 2014, stationed in Fort Polk, Louisiana; Afghanistan, and West Point, NY. I then attended Rhode Island College (RIC) from 2014 to this past June. As a medic in the Army, a paramedic is a good example of a civilian proxy. My service, particularly my deployment, was a very rewarding experience.

Coming from a middle class upbringing, going to Brown is a big deal for myself and my family; I know I would never have gotten from there to here if it weren't for the military and the VA’s education benefits. How I grew in the military, the people I met, the intensity of the experiences, the sheer amount of work I was doing and the immense responsibility I was wielding all made me who I am. I owe so much to my military experience, the Army’s institutions, and all of the VA’s support; all of which have led me to Brown.

It was the end of year one at RIC and I'm doing well as a nursing major but in the long run, I knew I was going to eventually pivot towards a health policy or hospital administration role. If I were to stick with nursing I knew I would get burned out, so I had the foresight to pursue a different route.

What do you hope to do with a Masters in Public Affairs degree?

The MPA program prepares you with a Swiss army knife type of degree. For me, this means I am being prepared to work in a variety of settings — working in hospital administration, healthcare policy, state government, local government, or with health centered non-profits. The Department of Veterans Affairs is also a viable avenue; Brown's MPA program could prepare me for a VA hospital administration fellowship, which would be a dream scenario. I know the MPA program will leave me well equipped when I graduate, no matter which avenue I choose.