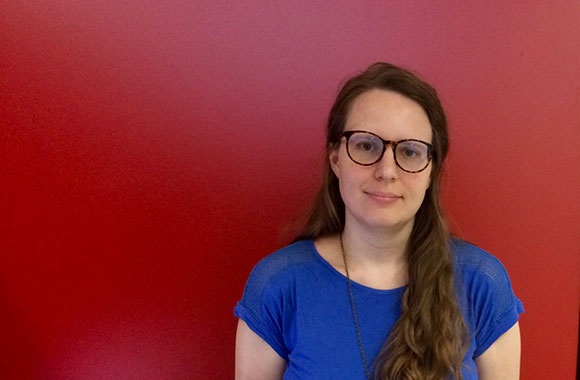 "When it comes to populism, it hasn’t been very well studied in Political Science; it involves emotion, identity, things that have been outside of the mainstream of political science. Watson's resources allowed me to develop a more interdisciplinary approach; populism requires this."

What are your thematic and geographic areas of focus?
I went to Bard College, where during my junior year I studied abroad in Argentina, lived with a host family, and took courses at universities. In 2009, while I was there, the tea party was just emerging in the US. I noticed a lot of parallels between Peronists in Argentina and some Republicans in the US—both groups spoke of “real Americans” or “real Argentines” as opposed to a liberal elite who maintained economic and cultural power through control of institutions such as education and the media. I found these similarities surprising since the two parties are completely opposed ideologically. This developed into my current PhD thesis: looking at the development of nationalism and rhetoric of populism in the two countries. My dissertation basically asks why people support populist politics, why they identity with a populist party or leader, and I'm looking at it through an in-depth ethnography that engages with different political groups in communities in Argentina and the US. I just returned from four months of fieldwork in Traverse City, MI, during which I did in-depth interviews with individuals about their political beliefs and how these developed over time. I also observed and did interviews with populist groups—an occupy wall street group, Bernie supporting groups, tea party groups—trying to look for what the populist identity is. I'm now preparing to go to Argentina, and plan to approach it the same way. I will be affiliated with the Universidad de San Martin. Their partnership with Watson over the last few years means I already have some colleagues and an academic community there.

Tell me your methodological and conceptual approach to the study of comparative populism.
When it comes to populism, it hasn’t been very well studied in Political Science; it involves emotion, identity, things that have been outside of the mainstream of political science. Watson's resources allowed me to develop a more interdisciplinary approach; populism requires this.

I would say that my methodological and conceptual approach was informed by the connections I made through Watson's IGERT [Integrated Graduate Education Research and Training] program, with which I was a fellow during for my second and third year here. As part of that program, you do a mentorship. I chose to do both of mine outside of my department—one from Anthropology and one from Sociology. It's given me a much broader community than political science alone. I am now combining both an ethnographic and qualitative approach to studying populism. Most qualitative research on populism looks at leaders' rhetoric and how political leaders use us-versus-them dynamic, but I wasn’t seeing anything about how people are interpreting that rhetoric or how someone's lived experiences on the ground inform how they support a populist leader. It was a gap in the research that I hope to fill.