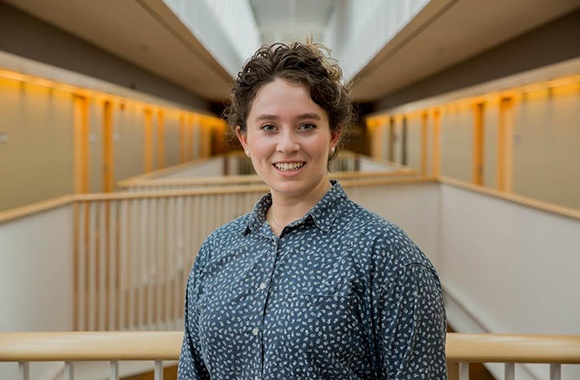 I was in Amman, Jordan and did a combination of two things. I was in a program called the Qasid Arabic Institute in order to advance to the highest level of modern standard Arabic here at Brown, largely in anticipation of the readings I would have to do in Arabic for my thesis. At the same time, I found an internship in the field of renewable energy. I've known for the past year that my thesis would focus on the role of foreign direct investment in renewable energy — looking specifically at energy import dependent nations, like Jordan — and trying to understand the political and economic conditions under which external investment in renewable energy translates into actual renewable energy. I was fortunate to work with a professor in Amman, Dr. Ayoub Abu Dayyeh, who works on renewable energy policy in Jordan and who is the founder of the renewable energy industry in Jordan. Through him I was sent to meet with various contacts in the Ministry of Mineral Energy and Mineral Resources in Jordan and also met with the energy distribution company in Jordan, private actors, and NGO's, to gather information for my thesis.

Originally, my project was about Iran versus Jordan and pitting these two situations against each other: two countries who are making leaps and bounds towards renewable energy, but Iran being a stalemate in the world order while Jordan enjoyed warm relations with the US. I took "Iran and the Islamic Revolution" with Stephen Kinzer, which inspired that project, where we pored over the debate of whether nuclear energy is renewable or not.

Then, during the summer, while I was gathering a lot of awesome information, I realized [my thesis] would be more focused on political economy specifically in Jordan. This helped me gain access to the wealth of knowledge amongst the faculty in Watson relating to political economy, nuclear energy, renewable energy, and environmentalism.

The research and travel grant from IR also facilitated my travels this summer, which was instrumental.