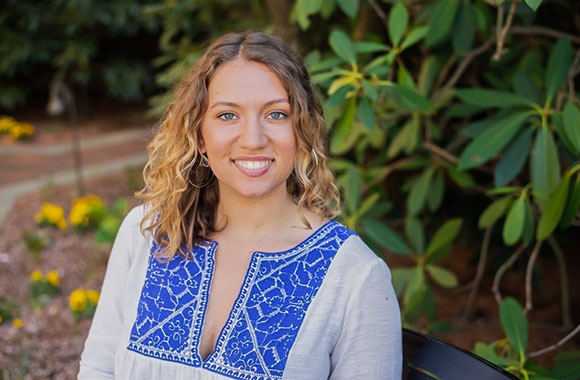 You’ve been awarded a Fulbright to work and teach in Bogotá, Colombia. Tell us about that and your post-Fulbright plans?

My area of focus is in both migration and immigration … I am hoping to help resettle Venezuelan refugees and will teach English at the Universidad Nacional. Bogotá is experiencing one of Latin America’s most pressing internal refugee crises today, as it absorbs an ever increasing influx of Venezuelan refugees and immigrants fleeing their own country’s rather protracted crisis. I want to be where there is the most need that my skill sets can serve, and that’s Bogotá. I also want to continue teaching; it is another related passion of mine.

Latin American countries can offer the United States a model of how to better treat immigrant influxes. Few Latin American countries have jail-like immigrant detention centers, but rather, in many cases, special facilities where immigrants and refugees are afforded, at the minimum, humane protections. In the United States, meanwhile, the detention centers operate as jails wherein noncitizens [lack] any Fifth Amendment due process protections. They can theoretically be detained indefinitely, with few charges and without probable cause. I want to learn [best practices] from these other countries and incorporate those concepts into future U.S. immigration policy.

I want to attend law school – at Harvard University, which has a four-year combined JD and Master of Public Policy program, or at Stanford University – so I can continue working on migration and immigration issues.

Did Brown alter or inform your world view?  Any particularly noteworthy professors?

I’ve come to learn that there are immeasurable, multidisciplinary means by which to have a positive social or economic impact; this is something that I couldn’t have learned anywhere else. At Brown, there’s a diversity of experience, yet we are bound together by a commitment to improving some corner of the world.

Professor James N. Green [Carlos Manuel de Céspedes Professor of Latin American history and director of the Watson Institute’s Brazil Initiative], is a force of nature; I haven’t met anyone else like him. He has done so much field work that has informed his writing and teaching; he’s brilliant. He served as a faculty advisor for our Kofán Heritage Project and secured for me an interview with Dilma Rousseff, a former president of Brazil, for the Brown Journal of World Affairs. He is one of those professors who is in academia because he loves connecting with students, and who was a practitioner of the very subjects he studies.

The classes I’ve taken with visiting professors from Latin America, which is my area of interest, have been excellent; including one with Marcelo Leiras [Craig M. Cogut Visiting Professor in Latin American and Caribbean Studies at the Watson] where I was one of only two students. We studied how federalist state structures, or lack thereof, impact everything from economic output to individual politicians’ actions.

You’ve been immersed in several leadership experiences at Brown – co-founding the Kofán-Brown Student Alliance, serving as a Brown Journal of World Affairs associate editor and as a Brown Political Review section manager. Were any of these especially meaningful for you?

I co-founded the Kofán-Brown Student Alliance with Hugo Lucitante, a Kofán indigenous member and a current Brown student, and a core group of other brilliant students. As part of our independent study project we created the Kofán Heritage Project, throughout which several Alliance members studied and learned about Kofán history, political economy and contemporary challenges. Then, in July 2016, we traveled to Ecuador to meet with some Kofán communities, and evaluate how we might leverage the resources Brown students can offer to center their needs and goals. Indigenous to the Ecuadorian Amazon, they face myriad threats, but two stand out: mining and extraction on their native lands and economic sustainability. Mining and extraction are devastating their way of life; the water was thick and oily. Finding enough sustainable sources of income that aren’t either ad hoc or contractual [is a challenge]; we are trying to find funding to hire Kofán employees as park rangers to help protect their land. Other individuals from Brown, including linguistics experts are documenting, for the first time, their language.

You’ve held a number of summer and part-time positions during your time at Brown. What’s been most meaningful?

They have all been great, but the most impactful was my work last summer as a detention project assistant at the National Immigrant Justice Center (NIJC) in Chicago, Ill. I thrive in direct service client work. I had clients who were detained immigrants; I tried to assist them with their existing legal cases or screened them to see if the NIJC could help them. The NIJC provides free legal support for immigrants who, by virtue of their non-citizen status, are not entitled to a public defender. It’s very important work; it’s actually what convinced me to go to law school. Legal services have unparalleled potential to change the course of an individual’s life.

As graduation looms, how do you feel about leaving Brown?

I have mixed emotions about leaving. I’ll miss the Brown community and Watson … but I am positive that I’m ready; I have no reservations.