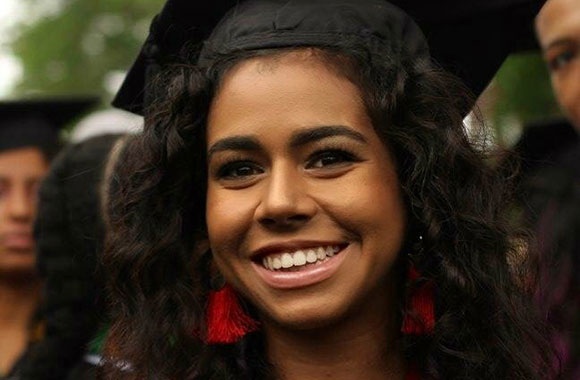 "In Development Studies we also talked about cultural relativity, and understanding the specific scope of an issue from the perspective of the community, and that was really helpful in terms of building relationships on the election."

Concentration: Graduated with BA in Development Studies, focus in sustainability and economics

Since August, you have been working on community organizing with Impact in Colorado. What is some of the work you’ve done with the organization?

I started by working on the midterm elections in the fall. The way that we do our election work is that we run a paid voter contact program, which is essentially running canvass offices throughout the state or district that we’re trying to win. We have seven offices in Colorado, and I was appointed to run our office in Grand Junction, which is a smaller city on the western side state.

Day to day, I managed an election office, which I’d never done before. I was responsible for making sure that the office was reaching its goals. For example, I interviewed new candidates for staff positions to go door to door, and I ran trainings for more experienced staff to help them improve and get them into more leadership roles so that the office could expand. I myself would also go door to door a couple days a week. I would aggregate all the data from the previous days to make sure that we were on track with our goals for the week. We launched the office with a voter contact goal that we nearly doubled by the end of the election and as such we were even able to close our office early.

Since the election ended, I’ve been doing recruitment work, and prepping for my oceans defense campaign in the spring, which will being January 2nd.

I am switching to our oceans team, because that's where more of my experience lies. I focused a lot of my studies on coastal areas — so I’m moving to one of our defense projects in Richmond, Virginia to help prevent the expansion of offshore drilling areas on the Atlantic seaboard. The current administration released a plan in January to propose new sites for offshore drilling that they’ll finalize sometime in the coming month, so my job will be to respond to whatever new additions they make, and to ensure that more vulnerable coastal areas are removed from the plan.

What have you found to be the most meaningful part of working with Impact?

I think, especially coming out of Brown, we all have this sense that we want to make a difference in whatever way that means to us. A lot of what I struggled with at Brown was figuring out how to make the best difference, and how to interact with the most diverse group of people I could. That has been the best part of this job — it has put me in contact with the types of people that I never would have had the ability to interact with before. At Brown, I learned the intellectual skill set to affect change and during the past few months I have learned the practical skill set needed to affect change. I say now that I have a broader understanding of the American electorate, which is a really valuable piece of information to provide a foundation for open dialogue as we move forward in the chaos that is our political climate right now. Through our voter contact program and the sentiment conveyed by thousands of voices in the Grand Junction area, I experienced an ideological diversity that allows me to better understand how to communicate effectively with those who are different. That has definitely been the most rewarding aspect.

How do you think your Development Studies concentration prepared you for this kind of work?

It prepared me in several ways — the first is definitely the ability to think critically about any issue I face. Development Studies delves a lot into thinking about the how and the why of a problem, which has been a super helpful approach. In Development Studies we also talked about cultural relativity, and understanding the specific scope of an issue from the perspective of the community, and that was really helpful in terms of building relationships on the election. In terms of building relationships moving forward in my job, I now can say, “Okay, how are you experiencing the problem? And how is that different than how I would experience the problem?” Development Studies also equipped me with a broad sense of what's going on globally, and how to use that information to my advantage when I’m working domestically. Ultimately, everything I learned through Development Studies has been absolutely critical to this work.