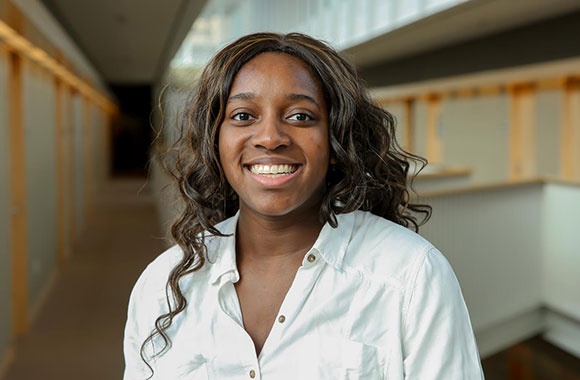 Tell me about your time this summer at the State Department. What country were you stationed in? What was your biggest takeaway about approaching foreign policy?

This summer I interned at the State Department’s offices in Washington, D.C. in the Bureau of African Affairs. This experience helped broaden my understanding of and appreciation for the intricacies that characterize foreign policy. My greatest takeaway from this opportunity is that foreign policy depends heavily on developing and maintaining interpersonal relationships both within the department in D.C, the branches of the department abroad, and between numerous foreign embassies that the department works alongside.

How has your time at Watson shaped your approach to international relations? Any classes in particular?

The interdisciplinary nature of the policy concentration helped me expand my knowledge of international relations beyond classical Western international theory. In a government bureaucracy like the State Department, our office spent a lot of time crafting policy recommendations we could make based on the realities of situations on the ground and determining the ways in which that policy is ultimately implemented. The class Modern Africa: From Empire to Nation State taught by Professor Johnson as well as a number of other Africana Studies classes helped me think more critically about a number of hot-button issues that our office had to address in real time.

What are your plans post-graduation? How about in five years from now?

After graduation, or even five years from now, I’m not 100 percent sure of what my plans are. I’m thinking of taking a year off before going into medical school and working in the policy department of a tech company or applying to acting schools. Or maybe I’ll end up working as a doctor before getting involved in politics. I’m not sure. Either way I feel like my time at Brown, and the support I’ve received from the Policy Department, will prepare me for wherever I go.