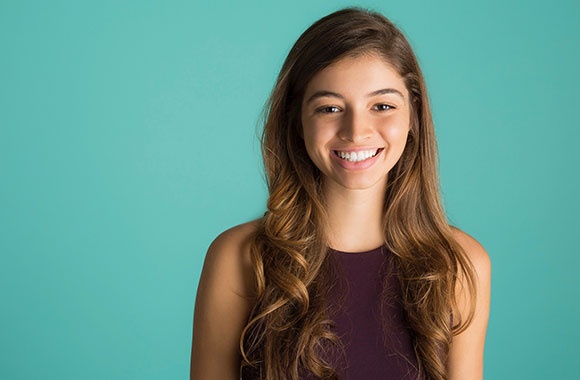 In August, a series of articles chronicling the problem of elder abuse in Rhode Island was released in The Providence Journal. The series was written by a team of Brown University students, including yourself, under the guidance of Professor Tracy Breton and the Community Tribune, a non-profit organization. What was the process of investigating and reporting the series?

At the end of my sophomore year, Professor Tracy Breton approached me and three other advanced journalism students and said someone had come to her with this idea for a non-profit that would let college students do investigative journalism about their community, and not just the University. We were all really excited about that idea because investigative journalism is really difficult to get good experience in while you’re an undergraduate. Originally, It was supposed to be a semester long project, but once we started it became clear that it was going to go beyond that semester.

The process started with calling all the police departments across Rhode Island, in every town and city, and talking with people to learn how they approach elder abuse cases. We asked if they thought it was an issue in their communities, and we were basically told no by everyone, or told that they get only two or three cases a year. However, we had seen evidence that it was a bigger problem than that and that it was something that was also really hard for even police to see and investigate. So, we also went through every single case-file relating to elder abuse in Rhode Island since around 1990, looking for patterns. For example, we looked at whether charges had actually been seen through. We found that between 2000 and 2017 87% of people charged with elder abuse offenses didn’t go to jail for those crimes. Some of the patterns we saw were that a lot of elders are abused by their adult children or other family members, and that often times the abuser is someone with a substance abuse problem or mental illness who is trying to take money. Seeing those patterns was a really important way for us to approach this very complex story.

Ultimately, we published a nine-part series in The Providence Journal that appeared on the front page for nine consecutive days. We all contributed to a general story that described what elder abuse looks like in Rhode Island, and those patterns we had seen. I also wrote a story individually that ran over two days about a former attorney in Rhode Island who embezzled over $100,000 from an elderly client with dementia who she had power of attorney over. The process of reporting that piece involved reading all of her files and all of her other guardianship cases to see if there were patterns of sketchy behavior, for lack of a better word, which there were — even though she had only been charged with the one. I also spoke to the woman who was the whistleblower in that case, who had been her legal assistant for a really long time, and I talked to a lot of experts on elder law about how easy is it to take money from an elderly client without notice, as well as attorneys who had taken over her cases after she was disbarred.

What about the investigative process and the outcome of your work did you find most meaningful?

We heard from a lot of people both as the stories were being published and after they were all published, and that was super meaningful because that is the whole point of investigative journalism — to get the story out there. People commented on how horrific it was and how no one talks about cases like this because it’s such a hard thing to talk about. We all got a lot of emails and the editors of the Journal forwarded us responses from readers. Even though my email wasn’t on my piece about the lawyer, I still got quite a few emails from people who said that the story hit home with all the flaws in our justice system about lawyers and elders, and that it was really good that this case was being brought to light even though it happened a long time ago because it shows  holes in our system. The Attorney General also wrote an op-ed in The Providence Journal in response to our pieces, because they made him look like he wasn’t pressing hard enough on people who commit elder abuse — so that response was great to see.

How do you see your studies in Public Policy influencing your journalistic pursuits?

Public Policy has given me a really good, concrete, background as to what real people in this country face. I’ve learned how to understand the issues individuals deal with, how the government helps or doesn't help, and what we need to do in response. I think having an understanding of the structural issues in this country — those that people encounter without realizing that there is a legacy of these problems, or that there is a reason things are so hard for them — has given me insight and an ability to understand the issues from another perspective. I also think having an in depth knowledge of the political process is helpful in every kind of breaking news story — a lot of reporters that I know have to look up rules, for example, and knowing that information already has given me the opportunity to jump into stories faster.