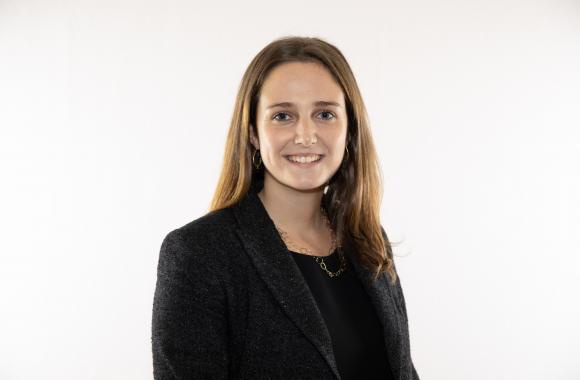 You were recently awarded the Schwarzman Scholarship, allowing you to pursue a year-long master’s degree in global affairs at Tsinghua University in Beijing. What inspired you to apply for the scholarship?

I’ve been interested in China for a really long time, and the Schwarzman provides such an amazing jumping-off point for anything you want to do in China. Ultimately, I want to be a journalist, and the scholarship is a great way to get an academic foundation in some of the things that I haven’t gone in as much depth here at Brown. It’s an opportunity to have a year where I can soak it all up and learn. A lot of journalists in China just move there and start reporting, but I would rather have more of a background before delving into my own work.

The program gives you the opportunity to guide the curriculum — so you can adapt your studies to what best fits your interests. In the second half of the year, they place you in a professional environment that you want to be in, so hopefully I will be placed in a newsroom.

What are you most looking forward to about your time at Tsinghua?

I’m most looking forward to meeting all of the other Schwarzman scholars and getting to know them, because they are from all over the world and they all have really different perspectives on China. I think interacting with and learning from my group of peers will be really amazing.

Throughout your time at Brown, you have pursued Journalism in various regards — writing for the Brown Political Review and College Hill Independent, investigating elder abuse for The Providence Journal — and in the summer of 2018 you interned for the Beijing bureau of The New York Times. The story you wrote,  “A Retro Fashion Statement in 1,000-Year Old Gowns, With National Fringe” inspired your senior thesis. What is your research focused on?

I am writing my thesis about the Hanfu movement, which is an ethnic nationalist movement in China. Mostly I’m studying online forums — which movement participants use to communicate through. I’ve been studying how the communication between participants happens, and the ideology behind the movement. I was able to take a more journalistic angle this summer when i was doing some reporting on the movement, but now it has been really fascinating to take an academic lens to it with my thesis — and so while it’s been hard, it's been really fun.

What do you think has been most influential part of your studies within the Watson?

I love Development Studies because it allows you to do whatever you want essentially, and so I’ve been really grateful to be able to study China from many different angles. My thesis advisor is Professor Edward Steinfeld, Director of Watson and Director of the China Initiative. I took one of his classes on China my sophomore year, and having that relationship has been really great for me because he is obviously such an expert on China and a brilliant person. Also, this year my thesis seminar has been really amazing, because all of the Development Studies students who are doing theses are studying such different things. I love coming to class every week and hearing from my peers about their projects on the border with Mexico, or about Tibetan refugees in India. Learning about such a broad range of topics has been really fun, especially because everyone is passionate about the work they are doing.