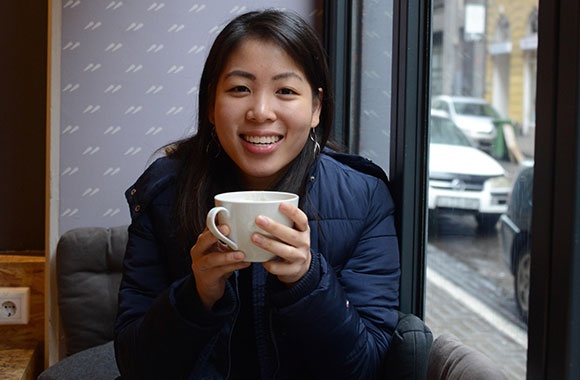 Concentration: Graduated with a degree in Economics and Public Policy

Your thesis, "Falling Through the Cracks: Homeless students in Rhode Island" will be shared and discussed at the Housing Works Scholar Series at Roger Williams University. Could you describe the focus of your thesis?

My thesis focuses on the implementation of the McKinney Vento Homeless Assistance Act (MVHAA), a federal law that was legislated in 1987, in Rhode Island. The McKinney Vento Act seeks to provide children and youth experiencing homelessness with equal educational opportunities compared to their non-homeless peers. It requires that states and Local Education Agencies break down barriers to the enrollment, attendance, participation, and achievements of children and youth experiencing homelessness. States must identify homeless students and follow minimum standards on how to treat them. However, I found that this mandate is often not fulfilled in practice. In fact, Rhode Island is the second worst state in the nation at identifying homeless students. The severe under-identification of homeless students impedes their access to the resources which they are legally entitled to. In my thesis, I uncover the reasons for the failure of implementation of the McKinney Vento Act in Rhode Island by interviewing frontline staff and families experiencing homelessness, in order to convey their first-hand experiences with the Act. I also perform a quantitative analysis of educational outcomes with data from the Rhode Island Department of Education. Based on my research and the best practices of other states gleaned from other state coordinators, I propose recommendations to overcome some of the limitations of the implementation of the McKinney Vento Act in Rhode Island.

How did you initially become involved with this topic?

I interned at the National Low Income Housing Coalition and was struck by the severity of the affordable housing crisis in the United States. This spurred my interest on the impact of the lack of affordable housing and in particular, its impact on children and youth who are often the most vulnerable. I spoke to staff at Rhode Island Kids Count, Housing Works RI, National Center for Homeless Education, and learnt about the McKinney Vento Act. I found out that, disappointingly, the implementation of this Act often falls short of its mandate. This lackluster implementation provided an impetus for me to investigate the reasons for its failure. I decided to focus on Rhode Island as it serves as a case study to better understand the McKinney Vento Act on a national level. This topic also really spoke out to me because I feel strongly about providing equal educational opportunities for everyone, regardless of socio-economic background. I also wanted my thesis to be driven by a bigger social mission and not be a purely academic paper.

What are you doing now?

I’m doing an Economics of Public Policy graduate program at the Barcelona Graduate School of Economics.

How do you think Brown and the Watson Institute prepared you for your studies and work post-graduation?

My time at Brown, and especially my time with Brown in Washington DC, has made me more attuned to various social issues often faced by marginalized groups. It has shown me how academic research can assist in the formulation and modification of policies that have the potential to impact lives. This motivates me to fight for more social justice.