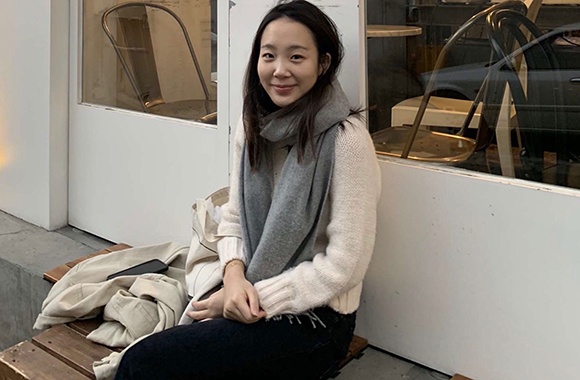 You recently joined the Watson Student Advisory Council. Could you describe your role on the committee, and why you were interested in joining?

As someone who is super into politics, I've always craved a community of people who share my interests — especially since I’m an international student and political culture was very different at the international school I went to in South Korea.

My first year at Brown, I went to a lot of events and thought they were so fascinating. People from all concentrations — like my friends who were mostly studying computer science, or APMA, they also attended — would attend, and I really enjoyed the shared experience of attending and the shared experience of signing up for events. When Andrew Yang spoke last spring, for example, everyone was so excited and that was something I wanted to participate in. That’s why I joined the community outreach group, because I kind of want to contribute to this campus wide conversation at Brown and make this political community and conversation more inclusive. The community at the Watson is everything, and I want people to see the Watson as a safe space to go to, where you can meet new people who are passionate about a wide variety of topics.

Why did you decide to study political science and international and public affairs?

I’ve always been interested in politics, I mean my dream is to run for congress one day. I think it all started with the feminist movement when I was really young. It was just fascinating to see that people genuinely wanted to change the world, and  while some think movements like this are idealistic — reading, and learning about it has been so worth it to me because it really inspired me to think more about politics.

The reason why I decided to do IAPA as a second concentration along with my Political Science concentration was because I wanted to learn more beyond domestic politics, because I am doing the American track of Political Science. Foreign policy is a domestic issue, the way that we interact with other countries like Russia and China — it affects our military, it affects our economy. I think it's important to see the global perspectives on things because there are two sides, or multiple sides, to everything.

What has been your favorite course that you’ve taken within your concentrations? Why?

I’ve really enjoyed Professor Richard Arenberg’s political science courses: American Presidency, Campaigns and Elections, because they have provided great foundations. But I think my favorite course that I’ve taken so far has been Constitutional Law, because I find it so interesting that something that was ratified in the  late 1700s is still applied to American governance today. While considering how it functions today, it has been exciting to also discuss all of the judicial reform that can be done with the Constitution as a basis.

What are you hoping to accomplish within your next two years at Brown, within Watson and beyond?

This year, I worked with an organization called Every Vote Counts. In this election, Brown students really got together and really turned out to vote and I think I want to continue to work with organizations like Every Vote Counts because the conversation around voting shouldn’t just come back and forth just every four years, with the presidential election, it should be a constant. I want to continue that work at Watson. Watson had a website page up this fall called Watson Election 2020, where you could find information on registering to vote and events discussing the election. I want to continue to engage in that conversation, in turning out the vote, during my time at Brown.

What are you considering pursuing after graduation?

There are many things I've been thinking about — I want to get into American politics in some way. I worked on a political campaign this past summer and I want to continue to do more field work. Eventually, maybe I’d like to be a campaign manager — I think that would be really cool.