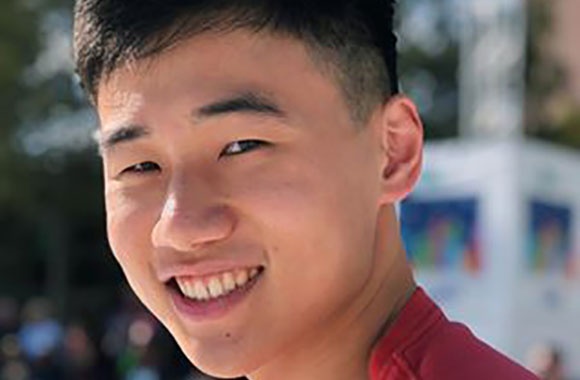 How did your independent study with Professor Margaret Weir impact your work with Rep. Hubert Vo in the Texas legislature?

I owe a lot of my interest in the political process to Professor Weir. Last year, after I took her class, Political Organizations and Social Change, I was inspired to explore the policy-making process. With her guidance, I applied for two legislative positions and received offers from the U.S. House and the Texas House of Representatives. It was difficult choosing between them, so I leaned on Professor Weir’s advice and did some more research. I’d heard the Texas House was more bipartisan and it’s certainly smaller than the U.S. House, so I thought I could make a bigger impact here.

Professor Weir was incredibly helpful as my independent study advisor. She helped me set goals for my legislative work and added structure to my independent study, which included weekly discussion sessions, weekly policy memoranda and literature reviews, and a research paper on Medicaid expansion in Texas. When I proposed the idea of writing a nonbinding resolution to Rep. Vo’s chief of staff, Professor Weir encouraged and advised me throughout the process.

Could you share your perspective on the nation’s growing backlash against Asian Americans?

It’s complicated. People have been reporting on the Asian model minority myth and the perpetual foreigner stereotype for decades. All of this makes it easier to target and scapegoat the Asian American community. COVID-19 is really just an excuse to justify attacks on Asian Americans. Still, the pandemic definitely brought out more racist sentiment; hate crimes against Asian Americans have significantly increased over the past year.

How do you believe your activism might inspire other Brown students?

I shared my experience by writing an op-ed that was published in the Brown Daily Herald in March, encouraging students to engage in the legislative process.

How did your work relate to your international relations and public affairs and biology concentrations?

I’m really interested in health policy, and I’ve always believed that legislative policy can improve the lives and livelihoods of the people. As Vice Chair of the Insurance Committee, Representative Vo wrote some fantastic legislation that will help protect patients from illegal insurance schemes, in addition to jointly authoring and co-authoring bills that would expand health insurance coverage, reduce out-of-pocket costs and regulate prescription drug prices. In previous years, he also signed onto legislation that created and improved on the Cancer Prevention & Research Institute of Texas – the largest state cancer research investment in our country’s history and the world’s second largest such program. Representative Vo has really been one of the strongest supporters of medical research and healthcare in the entire legislature. It’s been pretty clear to see that science and policy are tied together, from funding to publication.

You are enrolled in Brown’s Program in Liberal Medical Education (PLME). Will you, as a physician, work to promote equal access to high-quality health care?

Yes. Currently, I’m doing research on health disparities and vision loss in minority populations with Paul Greenberg, M.D., M.P.H, the Acting Chief Academic Affiliations Officer for the U.S. Department of Veterans Affairs, and a professor of surgery at Brown University’s Alpert Medical School. Ten years down the line, I still plan to work on these issues through research, patient care and advocacy.

Read the legislative resolution passed by the Texas House of Representatives