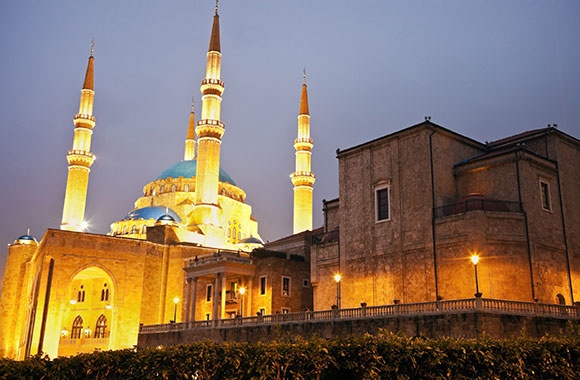 "Whatever the lens through which one views the Middle East, it is a complex and multifaceted region that many falsely assume they comprehend."

A Passion Born of Experience, Not Politics

More times than I can count, I've been asked about the origins of my interest in the Middle East. People expect me to have been influenced by the Iraq War, by the events on 9/11. They can relate to these motivations; they are part of most Americans' experience and perception of the Middle East. And more times than I can count, I have surprised these people. My passion for the cultures, political systems and languages of the Middle East arises not from recent American engagement with the region, but from personal experience.

The summer after I graduated high school, I traveled to Lebanon with a friend to visit her family in Beirut. There, every preconceived notion I had held about the Middle East was disrupted. Lebanon's religious diversity astounded me. My friend's family was Greek Orthodox, as were most of their neighbors, but walk over a couple streets and there was a Shi'a neighborhood, and across town the Sunni areas. I experienced firsthand the role Hezbollah plays in Lebanese society, good and bad. I was forbidden from taking pictures at the airport because it is operated by Hezbollah, but several days later we attended an amazing street festival they had organized.

For that period, however brief, I saw a side of Middle East society that contrasted with the prominent Western narratives of Islamism, terrorism, and violence. I considered myself lucky to have seen a slice of the complex, real interface between religion, culture, and politics in the region. But I also recognized that I had much to learn. Whatever the lens through which one views the Middle East, it is a complex and multifaceted region that many falsely assume they comprehend. In the interest of deepening my understanding, I began studying the region at Brown, and it is through this focus that I found my true (and unusual) calling: religious politics in the Middle East, and the Lebanese system in particular.

This year, I am writing my senior International Relations thesis on comparative electoral politics in the Middle East. It is an ever-complicated topic that evolves daily, and will be the most difficult project I undertake at Brown. But I couldn't be happier or more excited to do it, because it represents the culmination of my undergraduate engagement with this awesomely complex region. To me, Lebanon is not only an academic interest, but also an object of personal fascination. Ever since my visit to Beirut three years ago, I have striven to cultivate my curiosity through intense study, planning to use this knowledge practically in my future career. Beirut inspired my thesis; but I hope my thesis will, in turn, inspire a lifelong commitment to Middle East politics.