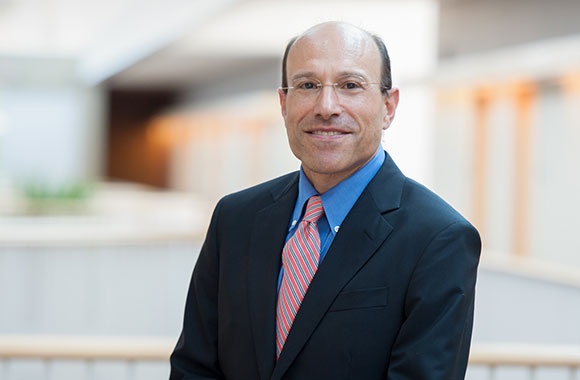 Edward Steinfeld joined Brown’s political science department and the Watson Institute in July, assuming a leadership role in developing programming for the Brown community in relation to Greater China and issues of environmental sustainability.

“I think there are a number of policy challenges and social challenges that are global in nature that China certainly faces and that the US faces. By studying these issues comparatively, I think we can really learn a lot in the process.”

A Conversation with Edward Steinfeld

Edward Steinfeld joined Brown's political science department in July. He also holds the Dean's Chair in China Studies and is a faculty fellow at the Watson Institute. Steinfeld plans to take a leadership role in developing programming for the Brown community in relation to Greater China and issues of environmental sustainability. Two months into his tenure at Brown, Steinfeld shares his research philosophy, discusses cross-Pacific partnerships, and reflects on joining the University community.

You've spent almost 30 years in Boston, first as a student at Harvard, and then as a faculty member at MIT. What are you looking forward to most about your move?

You know I had great years in Boston at MIT. However, even just in my first few weeks in Providence, I could see that Brown is a very different kind of institution and organization.

I had the chance to meet a number of Brown students when I was at Tsinghua University in China last academic year. [Brown students have] a slightly unorthodox take on things, and more importantly, a totally open attitude about reaching into different disciplines and viewpoints. It's something extremely compelling in many ways, there's a kind of energy and excitement, and it seems to be mixed with a degree of humility as well, which I like.

Tell me more about your plans to build China programming at Brown.

I'm really looking to build a collection of activities, some of which will involve travel to China and some of which will involve research; many will be activities open to the whole community. I intend to convene a series of public service forums on China and China's development. I hope to invite in a number of speakers to address the Brown community, in order to expand Brown's current programs. We'll also do a series of conferences on issues surrounding the political economy of China's development, the impact of China's development on the community here, both broadly defined as the United States but also locally in Providence and in New England. The purpose is not to dictate a discussion, but rather to be a convening ground.

I also want to try and build some programs that at once push the frontiers on research trying to understand change and also involve a public service element as well. I know colleagues in China would like to work with us on building teams of both China-based students and Brown students to collectively go out and research and possibly offer some solutions to challenges as varied as urbanization and technological change and accountability in governance, particularly at a micro or grassroots level.

I think there are a number of policy challenges and social challenges that are global in nature that China certainly faces and that the US faces. By studying these issues comparatively, I think we can really learn a lot in the process.

Thank you for talking with me today and let me be one of many to welcome you to Brown.

I'm thrilled. You know, this kind of move is the best kind. It's one purely out of joy and curiosity and eagerness. I'm just thrilled to be here. Everybody I've met, students and faculty, have been not just welcoming, but also energetic and eager to do stuff. It's contagious. And for everyone in the Brown community who's interested in East Asia, I hope you will come to my office and let me know what you would like to happen.

Professor Steinfeld will be teaching a seminar this fall on the global political economy of renewable technology. In the spring, he'll teach a lecture course on the rise of China, as well as a seminar on the study of comparative politics in China. He can be reached at edward_steinfeld@brown.edu.