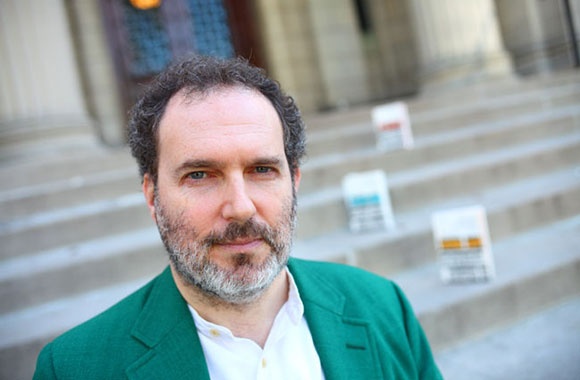 In the spring of 2013, Richard Snyder celebrated the Korean translation of Passion, Craft, and Method in Comparative Politics, an acclaimed 2007 collection of interviews with prominent scholars of comparative politics, which he co-authored with Gerardo L. Munck.

"The big insight was that with big, abstract processes like liberalization or democratization ... could be really territorially uneven, even at the level of subnational units within countries."

The Subnationalists: Why Small is Better in Comparative Politics

As Richard Snyder tells the story of his doctoral research he pauses intermittently to sip his cappuccino. He was working in Mexico, he tells me, looking at the effects of liberalization on the country's agricultural sector. One of his dissertation's foci was, fittingly, coffee.

For most of the 20th century, Mexico and many countries in the Global South had large, homogeneous national governments. However with the waves of liberalization throughout Latin America and Asia in the early 1990s, government policies and their effects became more convoluted as formerly large, centralized governments were decentralized, deregulated, and localized.

It was during this period that Snyder sought to analyze the effects of deregulation and privatization on Mexico's national coffee industry. His approach was based on cross-national comparison: he would contrast the Mexican coffee industry to the experiences in other countries, such as Argentina or Guatemala. But when he arrived in Mexico he realized creating a model for the entire Mexican coffee industry was no longer unrealistic. ... Read the complete profile.