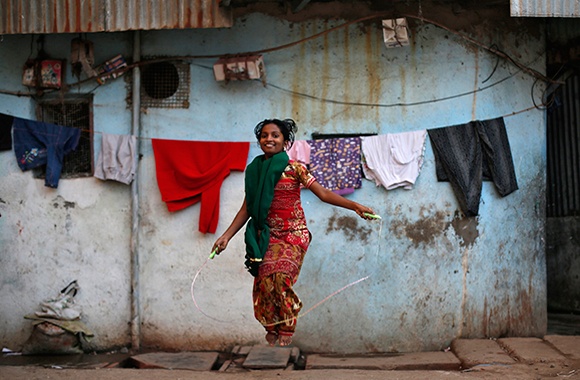 “If you’re not constantly revisiting everything you thought you knew and trying to figure it all out, then you don’t have a heartbeat.”

A Passage to India

A sociologist urges his students to think outside their comfort zone.

Moving with your family to a foreign country can be daunting.  For Patrick Heller, professor of sociology and international studies and director of Watson’s Graduate Program on Development, moving with his family from Providence to Delhi for a year was a trip down memory lane.  That’s because Heller, whose father was a Swiss consular officer, lived in Delhi for three years when he was sixteen years old.

Young Patrick’s time in India left a deep impression that would inspire a career in research on development and democratic governance. “As any young person there at that time,” he recalls, “I was struck by the poverty of India, and I was also struck by the vibrancy of the place… I figured maybe something could be done about it.” Heller would go on to write his doctoral dissertation at UC Berkeley on the politics of development in the Indian state of Kerala. He would return to India many times to delve further into the challenges of poverty. During his 2012 sabbatical from Brown, Heller—along with his wife and two children—moved to India to begin research in 16 of Delhi’s infamous slums.

A faculty member of sociology department for more than 13 years, Heller’s work in comparative sociology spans the globe, with major projects in India, Brazil, and South Africa.  At the center of his research are the big puzzles of modern development: How can governments efficiently deliver services to its people?  How does democracy deepen in a developing nation? How can a growing city serve all of its residents? For a sociologist working on these issues, India—the world’s largest democracy—is chock full of perplexing questions and exciting possibilities. As Heller puts it, “If you’re not constantly revisiting everything you thought you knew and trying to figure it all out, then you don’t have a heartbeat.”

Heller spent his days doing field research: he surveyed slum residents, interviewed formal and informal community leaders, and unraveled the myriad policies and institutions that shape the space. He describes the work as simultaneously frustrating and inspiring – the former due to the logistical challenges of living and working in Delhi, and the latter for the incredible diversity and color that made every encounter a surprise. Heller’s two kids, ages 10 and 12, attended a local school and immersed themselves in Indian culture. In many ways, their childhood wonder mirrored that of their father. “There were many parts of India that they loved: the rickshaws, the folklore, the history,” Heller says. “My son got really into learning about Akbar and visiting his palace.” And, like their father at their age, they also took note of the poverty and pollution—the WHO recently ranked Delhi the most polluted city in the world—that plague the capital’s 24 million residents.

Now back in Providence, Heller is working on a book that looks at democratic deepening in developing countries by comparing cases in India, Brazil, and South Africa.  He is also gathering research on urban development models, examining how governments manage the tradeoff between rapid growth and sustainability.  According to Heller, “There has been increased recognition that the urban is going to be the developmental question of the 21st century…. The forming of urban spaces is an incredibly complex, contradictory, and contentious process.” Heller seeks to ground today’s pressing developmental problems in classical sociological theory, while drawing on and engaging with work being done in anthropology, political science and economics.

Since arriving at the Institute, Heller has worked to build the Graduate Program in Development (GPD).  The program, which he now directs, provides interdisciplinary training in development to over 40 PhD students at Brown and is now the largest of its kind in the US.  As part of the program, he has hosted visiting scholars and practitioners and at the Watson and developed long-term relationships with research centers in the Global South..  He also teaches one of the core courses of both the International Relations and Development Studies undergraduate programs, titled “Globalization and Social Conflict,” which enrolls more than 150 students every spring.  From PhD candidates to freshman undergraduates, Heller’s goal is the same: “I want them to be able to think critically about the world, to interrogate dominant discourses about how things are and to go out there, and figure out how things actually work.”