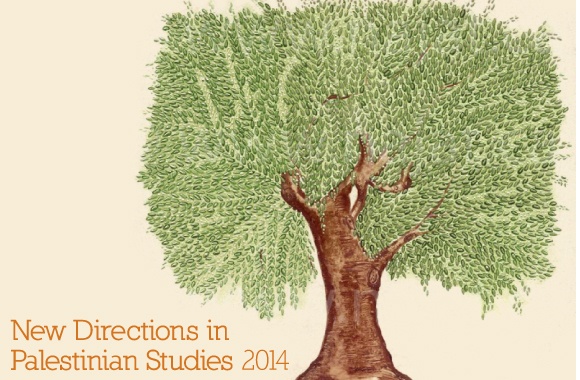 Land, Class, and the Political Economy of Peace

Fifteen years ago, the idea of an annual conference for scholars of Palestine and Palestinians began forming in the mind of Beshara Doumani, director of Middle East Studies and Joukowsky Family Distinguished Professor of Modern Middle East History at Brown. At the time there was little precedent: Palestinian studies was relegated to the fringes of the mainstream academic conversation.

Then, in February, the inaugural New Directions in Palestinian Studies Colloquium was realized. It had two bold propositions. The first: create a space for reflection in a still-controversial scholarly field that has nevertheless started to find acceptance and legitimacy from the traditional academic establishment. The second: looking forward, create a forum where young scholars studying Palestine can engage with senior scholars and continue to shape the discipline.  This ability to look both backwards and forwards—to engage with history and embrace new lines of inquiry—is crucial to the continued growth of Palestinian studies.

The two-day conference featured seven panels, all related to this year’s theme: Political Economy and the Economy of the Political.  The panels were organized by broad topic area, ranging from “land” to “class” to the “political economy of peace.” Each panel featured young scholars, primarily PhD candidates and postdocs, and reflected the multitude of new directions in scholarship being undertaken. “[Their research] offers a fresh perspective on the study of Palestine and the Palestinians,” says Doumani, “because it allows us to see different kinds of relationships, different timeframes for the way things work.”

The panel on infrastructure in Palestine explored how even the mundane—garbage pickup, sewage, electricity—can illuminate the way power is literally and figuratively distributed in the region. “If you look at electrical grids or waste water,” says Doumani, “then you’re immediately into issues of development that shed new light on the transformations from mandate rule to Jordanian rule to Israeli Rule.”  Like all of the panels, the one on infrastructure featured young field researchers, both of them fresh from their PhDs: one in anthropology and the in other urban geography. This was intentional: from transportation to accommodation, all conference funding went to young researchers—a rarity in the hierarchical world of academia.  More senior scholars showed their commitment by paying their own way. In Doumani’s words, “The younger scholars were the stars.”

At the end of each panel, the presentations led to excited discussion from the established scholars looking to connect young researchers’ papers with their own work in politics, economics, or the myriad other disciplines represented. And such discussion, across disciplines and temporalities, reveals a deeper purpose of the conference.  “[The scholars] believe that making a language, creating a conversation that’s understandable so we can talk about these problems, is really first step towards solving the conflict,” explains Molly Ratner ’14, undergraduate research assistant. “This conference was about creating that language by getting the political-economists talking to the historians.” This new language could become the glue that binds together all of the different methodologies—from economics to anthropology—in the field of Palestinian studies.

The interest in this new conversation was overwhelming: the audience filled not only the Joukowsky Forum, but two overflow rooms, and the event was livestreamed. “Even I was not prepared for the enormous amount of interest,” says Doumani. “In addition to the senior scholars, there were people who attended from Europe, from Canada, and from around the US, all on their own expense.  There’s a real hunger for knowledge on Palestine and Palestinians.”

The contribution of other major institutions, including Columbia and NYU, further enhanced the discussion. As Ratner says, “Thirty years ago, these topics wouldn’t have been acceptable; there wouldn’t have been an audience for it.  [This conference] helped to create that audience.”