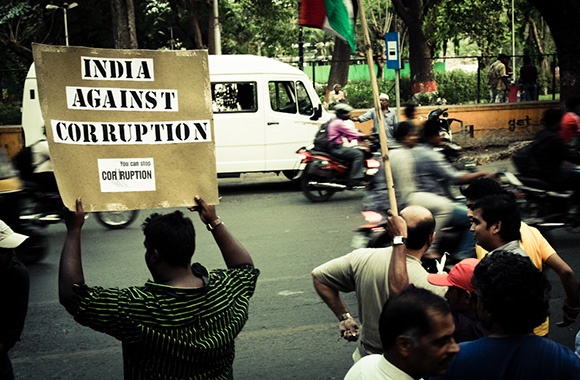 When Taran Raghuram ’14 was a high school student in Bangalore, India’s third-most populous city, he knew he wanted to work with the civic-action organization Janaagraha. He admired their mission to analyze public policy, educate the public on civic issues, and enable citizens and local government to improve their quality of life. Little did he know that to work with Janaagraha he would first end up traveling across the world to Providence to study at Brown.

Raghuram, a dual concentrator in economics and physics, was selected last year as a Brown-India Initiative undergraduate fellow. The Initiative’s purpose is to provide opportunities for scholars to produce policy-relevant scholarship focused on India, something Raghuram was eager to take advantage of. When he learned that the Initiative has a partnership with Janaagraha, he applied for a fellowship for a research project there. The chance to work with Janaagraha through this fellowship “was a big opportunity and I was immediately drawn to it.”

Raghuram’s project was titled “Understanding the Nature and Extent of Corruption in India.” He investigated the effects of the online campaign ipaidabribe.com, a website Janaagraha founded to increase public knowledge about the extent of corruption in urban India. The aim of the website is to motivate people to talk about bribery, which is rampant in Bangalore. While bribery is often publicly discussed, “there’s very little concise data,” Raghuram laments, something the website seeks to rectify. When he got to Bangalore last summer “[Janaagraha] said they had a lot of data they wanted to look at, and I said I’ll take a crack at it.”

While some of his peers in economics may be headed to Wall Street after graduation, Raghuram is instead turning his attention to development and public policy. He is excited by an economic approach that “uses math and experimentation in a new way” to positively impact public policy and other development initiatives. Operations like ipaidabribe.com use novel methods such as crowdsourcing, social media, and web-based technologies to gather usable data for public policy researchers. Raghuram sees this as part of a growing “big data trend” that is launching a new economics. Thus far ipaidabribe.com has accumulated about 25,000 reports. “Compared to the size of India it’s a drop in the ocean,” he admits, “but it gives us an indication of what’s happening that we wouldn’t have otherwise.”

Besides funding his summer project, the Brown-India Initiative also enabled Raghuram to return to Bangalore in January to present the findings of his research at a conference on corruption hosted by Janagraaha. Among those invited to the conference were Indian government officials, anti-corruption advocates from around the world, and leading academics. Raghuram found it a great reward for the hard work he put into his research.

Raghuram’s affinity for international issues derives from his global upbringing. Born in a small town in North Dakota, he then intermittently lived in Kansas, Singapore, and Texas. Eventually he moved back to India, where his parents are from. “I’ve always been interested in international issues, but my expertise and vested interest is India,” he explains.

Through his fellowship Raghuram has worked with such key faculty as Ashutosh Varshney, an expert on ethnic and religious conflict in South Asia and director of the Brown-India Initiative. “We started this program in order to support exceptional students doing original work – like Taran,” says Varshney. “Last year we funded our first cohort of eight undergraduates and seven graduates. We recently selected a second cohort with seven undergraduates and six graduates to fund this year.”

Raghuram’s research has brought a global outlook to local issues. “Urbanization brought up so many new challenges for the government and the people in Bangalore,” he says. “You saw things you wanted to change but you weren’t sure how.” He is gratified that through his fellowship he could begin to bring about such changes at home by applying the education and skills he gained at Brown: “[Bangalore] is my hometown right now and I wanted to do what I could do get involved.”