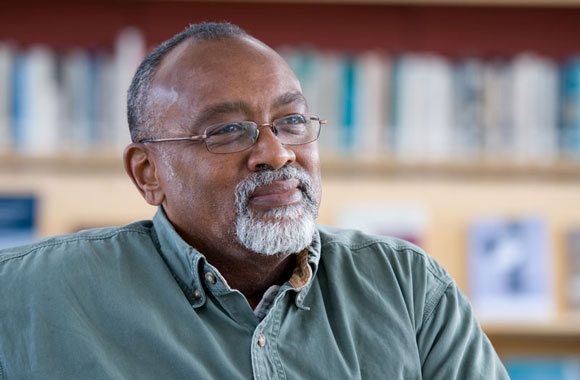 New Frontiers: An Economist in the World

The eminent Brown economist was named a Watson Institute Faculty Fellow in 2013, and he hasn’t looked back. Loury’s teaching, writing, reading, and travel have taken on an international sweep as he turns his attention to inequality on a global scale.

“The world is a big and interesting place,” Loury said. “It’s a new frontier.”

For Loury, the shift is seismic. The Merton P. Stoltz Professor of Social Science and Professor of Economics at Brown, Loury built his career on being an exacting and fearless surgeon of domestic issues, dissecting inequality in America with gusto.

Loury is African-American – emphasis American. Now this proud son of Chicago and fervent jazz fan is traveling to places like Korea, Columbia, and Nepal to lecture and to learn. He flew in January to Cuba with Richard Snyder, director of the Center for Latin American and Caribbean Studies, to hear jazz in the classrooms and clubs of Havana, where the Brown University Jazz Band jammed with locals.

This international bent is reflected in Loury’s course listings:

For anyone who has followed his career, Loury’s shift from domestic to foreign should not come as entirely a surprise. In the 1980s, while on the faculty at Harvard, Loury became a celebrated conservative commentator, only to switch back to liberalism roughly a decade later – a famous about-face chronicled in the New York Times.

Throughout his career, Loury has been intellectually restless. “I can never write on a single topic for more than two or three years at a time,” he admits.

Loury is staking new ground for a few reasons. One is boredom: “I’m so tired of the race debate in this country. It’s so radicalized and predictable.”

Another is age. At 65, with a Guggenheim Fellowship and an American Book Award and a slew of academic society memberships, Loury no longer feels the need to prove himself: “I don’t need to keep writing on the same topics, simply to get published. I’m published.”

Another reason is personal. In September 2011, his wife of 28 years, Tufts economist Linda Datcher Loury, died after a long battle with breast cancer. “After that,” he said, “I was at sea.”

Once adrift, he is back in command. In a recent interview, he spoke at length and with zest about his Cuban adventure and his course readings and his Watson colleagues. “It’s all fresh, experimental,” he said. “And after four decades of intellectual life, a new frontier feels good.”