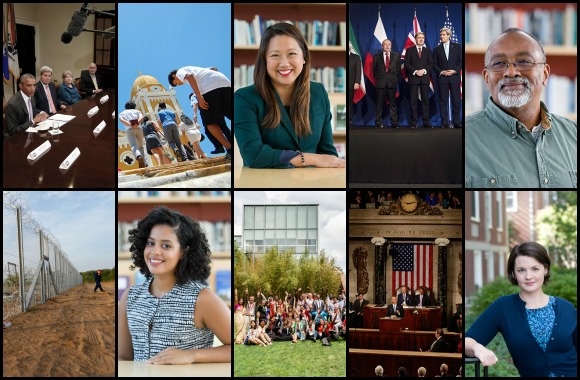 Whether you missed them the first time or want to revisit them now, take a moment to read these stories about the world's challenges being explored at Watson.

1. The Science and Politics of the Iran Nuclear Deal: Experts from the Watson Institute, Brown University, and the Naval War College offer their perspectives on the politics and science behind the Joint Comprehensive Plan of Action (JCPOA) negotiated among the UN Security Council's five permanent members to restrict Iran's nuclear activities in exchange for sanctions relief.

2. Watson Institute Faculty Respond to State of the Union Address: From tax policy to Ferguson, from veterans to climate change, Watson faculty give us their take on Obama's January speech.

3. Criminal Injustice: Mass Incarceration in the Land of the Free: an interview with Professor Glenn Loury.

6. Not Your Average Spring Break: Dispatches from Nicaragua: A group of aspiring foreign correspondents spent a week in the college town of León, Nicaragua, under the guidance of Stephen Kinzer, senior fellow at the Watson Institute.

7. Who Are You Calling “Victim”?: The Complicated Reality Behind Trying to Do Good: An interview with Postdoctoral Fellow Elena Shih about her research on human trafficking and labor exploitation.

8. Human Development through an Economist’s Eyes: An interview with Bryce Millett Steinberg, a postdoctoral fellow and economist at the Watson Institute.

9. Defining Who Gets to Be American: How Geography, Psychology, and the Media Shape White Public Opinion: Postdoctoral Fellow Yaliday Matos discusses immigration laws in the U.S.

10. Understanding the Refugee Crisis: Watson affiliated faculty from a range of disciplines and experiences offer their perspectives on the various issues to be confronted.