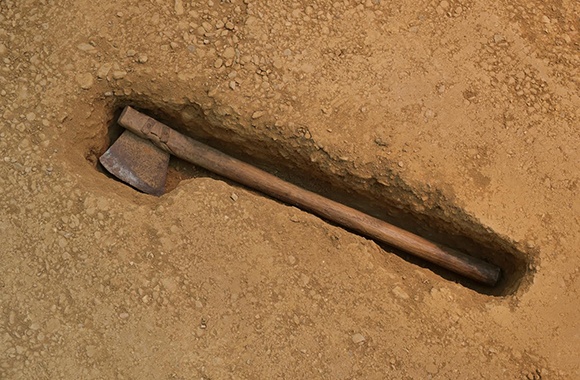 “Much as we [academics] would respond in language, I asked [the artists] to respond in images from their own existing archive of works. These works are their ‘comments’ on the book.”

Poverty and the Quest for Life

On Friday, April 3, the Joukowsky Forum will be the setting for a conversation about Bhrigupati Singh’s new book, Poverty and the Quest for Life: Spiritual and Material Striving in Rural India. Just outside, in the Watson Institute lobby, another conversation will take place: one between the book and 11 works of art.

The works are those of prominent contemporary artists Singh invited to respond to his book. (The book, Singh’s first, was recently awarded the 2015 Joseph W. Elder Prize in the Indian Social Sciences.) Singh met the artists in 2000-2001 through his association with the Delhi-based Sarai programme of the Centre for the Study of Developing Societies (CSDS), a leading social sciences and humanities research institute that brought together artistic, scholarly, and activist approaches under a single institutional umbrella.

Singh, now an assistant professor anthropology and a Watson faculty fellow, says “at Sarai we learned how conversations could take place across forms, how one can learn from an idea in a completely different medium from one’s own.” He says he and some the artists “have been thinking alongside each other for many years. The artworks are continuations of a much longer conversation.”

In a way, inviting artists to respond to his book further extends the breadth of disciplines represented on the discussion panel, which includes not just an anthropologist but an intellectual historian and scholars from literature and philosophy. “Much as we [academics] would respond in language, I asked [the artists] to respond from their own existing archive of works. These works are their ‘comments’ on the book.”

The result will be 11 works displayed flat, on tables, on the afternoon of the book panel. This is so that people have to bend over them, almost “read” them, and talk to each other across them. (The works will subsequently be on display in the North Common Room.)

Supported by Art at Watson in collaboration with the Brown India Initiative, the show complements the academic responses to the book, says Singh. “It’s not separate. The art has as many ideas and thoughts as the academics.”

The show comprises the following works: