"BIARI consists of four intense workshops around different themes that meet for two weeks in Providence to address the most pressing problems on earth today, like climate change; ethnicity, conflict, and inequality; humanitarian relief; and global governance."

This June, just as every June for the last eight years, 150 young, passionate, brilliant young scholars and practitioners from more than 50 countries across the globe gathered at Brown University’s Watson Institute for International and Public Affairs to participate in the Brown International Advanced Research Institutes (BIARI). 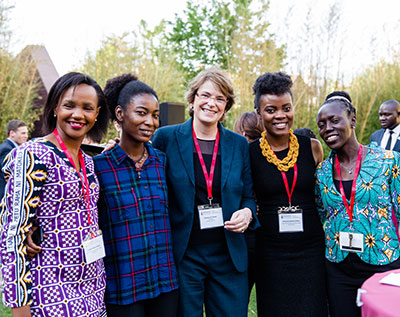 BIARI consists of four intense workshops around different themes that meet for two weeks in Providence to address the most pressing problems on earth today, like climate change; ethnicity, conflict, and inequality; humanitarian relief; and global governance. Led by Brown faculty – from an emergency room doctor to an atmospheric chemist to an economist of incarceration – the young faculty participants convene to learn, discuss, and debate the issues, to forge new networks so essential in tackling global challenges, and to make concrete plans for new international research and policy collaborations.

On June 3rd, 2016, Muhammad Ali died, and the world lost a man of such moral character and reputation that his passing was mourned globally, and felt deeply among so many gathered for BIARI. And then of course, there was the horror of Orlando, and questions of hatred, homophobia, racism, inequality, and fear, as well as courage, conviction, and commitment, and (to paraphrase the genius of Lin-Manuel Miranda) love and love and love and love, all of which became touchstones for discussion and agonized reflection among everyone involved with BIARI, too.  Just before BIARI this year, and then half way through, two things happened in the United States that, although they might appear at first glance to be of concern to people in only this country, were powerful reminders of how truly global seemingly national and local events often are. And they brought home how much we in the United States have to learn from people such as the 150 young women and men who traveled from around the world to participate in BIARI at Brown this June. 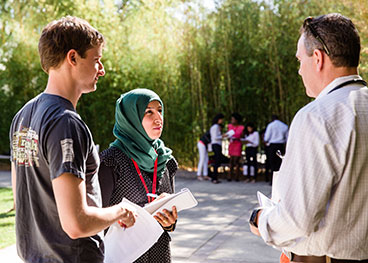 Ali and Orlando were part of our BIARI this year, just as Ebola in West Africa, refugees streaming out of Syria, drone warfare in Afghanistan, political charlatans running for election, genocide, slavery, and injustice in every corner of the world have been part of the soul and substance of BIARI in past years. We will never solve global problems country-by-country, much less city-by-city. That’s why BIARI exists – to build bridges over the walls of history.

By Matthew Gutmann, professor of anthropology and director of BIARI at the Watson Institute.