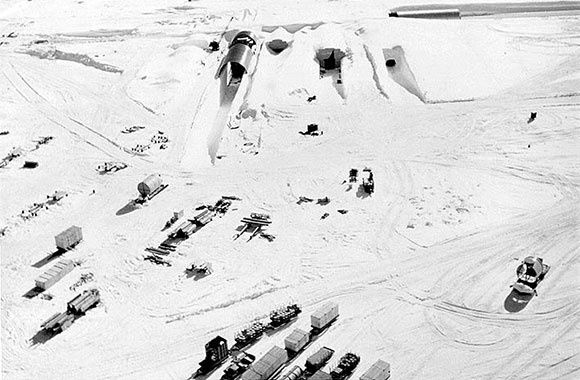 Jeff Colgan, Richard Holbrooke Associate Professor of Political Science, co-authored a new study on a US military base built within the Greenland Ice Sheet in 1959, and the environmental and political implications of this site.

"During the Cold War, the U.S. Army built secret underground bases in Greenland to support an arsenal of nuclear weapons that would be constantly mobile to avoid Soviet detection. When they abandoned the bases, the Army left tons of pollutants buried in the Arctic ice. Our investigation shows that climate change is bringing those pollutants back to the surface and potentially into international waters, creating a significant environmental hazard. The political consequences are potentially substantial."
-Professor Jeff Colgan

Read the full paper and release.

For more press coverage on the study, visit our news page.